Settling into giving Karen Gwyer’s Rembo a listen, I try and dig around to get a better idea of the odd album title. The best I can come up with is that it’s either a Belgian company which specialises in long, flowy wedding dresses (“She is a dreamer who loves her friends… Enjoying life to the fullest, in a spontaneous way!”) or a reference to Rembo & Rembo – a Dutch absurdest comedy duo from the late 80s with a taste for fecophilial jokes.

Rembo follows the same kind of theme from Gwyer’s excellent releases on Nous and Don’t Be Afraid – cosmic, outsider-ish techno with a firm eye on the dancefloor rather than the more melancholic, melodic ambient work in her previous album, Needs Continuum. There’s a slightly rough and raw feel throughout, almost like each track’s been recorded live in one take. The album’s organised into couplets with drolly comedic call/response track titles which cheekily rub and comment on each other.

I want to say that album opener ‘Why Is There A Long Line In Front Of The Factory?’ is a slow, introspective number with sci-fi synth flourishes on a slow driving beat, a beat like the heartbeat of an undead corpse, but really it’s there to lull you into expecting another ambient-ish album. ‘The Workers Are On Strike’ forms a massively upbeat answer back with its simple drums, crisp hissy hi-hats and backbone of organ chords, firmly pushing back against the previous track’s relatively dystopian feel.

‘Why Don’t You Make Your Bed?’ is a bassy number with a dynamic, shuffling ‘reasonableness’ – like a fine baritone public speaker who’s confident in their message and their ability to force it across. ‘It’s Not Worth The Bother’ is a messy, discordant, squeaky, beat-less response – like a digressive, passive refusal to comply.

‘Why Does Your Father Look So Nervous’ is another banger; stern organ chords stamp authority onto a clickity clicking bubbling bass breaking into handclaps about midway through. The response, ‘He’s Been Teaching Me To Drive’, is a faster number with a powerful bass drumline, feeling like a confident rebuttal of any anxiety expressed in the previous track.

Finally, owls! ‘Did You Hear The Owls Last Night’ slinks around with a brisk shuffle, peaking to a crystalline epiphany in the midpoint which fades out to the end and stops as suddenly as the track. The response, ‘Yes, But I Didn’t Know They Were Owls’, is similarly shuffling and slinky but far slower and the first real chance to catch a breather, moving into the same kind of sci-fi flourishing and drifting right at the beginning of Rembo.

I’ve not heard anything more cheerful, cheeky and optimistic whilst simultaneously cosmic and pushy this year outside of ‘big bag of cans for the lads’. Even the weird internet wormhole I fell through trying to figure out the meaning of Rembo’s name feels like a reflection of that same fun, infectious and hedonistic spirit. 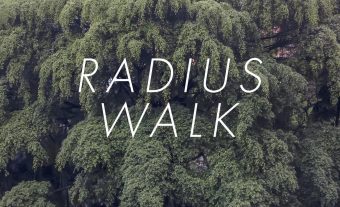 On 'Radius Walk', the new album by Schneider Kacirek with Sofia Jernberg, the boundaries between human and machine become freakishly blurred...
Read More