If using ‘study’ in relation to music runs the risk of making them sound like a modern-day Stockhausen, Schneider Kacirek are too easy on the ear to qualify. I am not going to absolve them of being niche or abstract but the way they dab their sound with melodic elements has an undeniably pleasing effect – a familiar sounding interval here and there to relieve from purely conceptual, rhythmic grind.

On their newest release, Radius Walk, percussive instruments and electronic percussion still form the backbone of the work. However, with Swedish improvisational vocalist Sofia Jernberg sharing her talents on three of the album’s tracks, Schneider Kacirek employ a fantastically distinctive, expressive artist who can mimic electronic sounds at insane frequencies, turn repetitive, guttural sounds into poetry, and simply sing beautifully; all while never dismissing out of hand the alternative of a sudden vocal slide into unfathomable human pain.

Radius Walk feels contemplative but, through Jernberg, carries a subtle sensuality which is amplified by electronica so sharp and fluttering that, at times, they come as close as butterflies in a 3D film. There is an overall tactility to the sound that is not unlike the sensation of soft vibrations from a touchscreen.

The percussive rhythms on ‘Dust’ and ‘Back’ are deeper, rounder and altogether more powerful than similar musical elements used on Shadows Documents; moods on Radius Walk are no longer just flickers but instead become shaped into subdued emotional outbursts, only to be reined in again on the album’s more conceptual tracks like ‘Arbeit 16’.

Admirers of Julia Holter will find joy in how Jernberg’s voice emerges on ‘Dust’ against a percussion that somehow manages to float and march at the same time. ‘Back’ is droning and creeping, dark and uplifting. Here, Schneider Kacirek prove themselves masters of subtle layering and ambient build-up.

The album’s finale, ‘Smiling’, paints a forbidding journey from exertion to near-smile and back again. Jernberg’s vocals hint at fractured emotions set against a barren promise of happiness. Her exquisite voice on ‘Smiling’, a distracted pep-talk lacking conviction, divides into beautiful fragments with razor-sharp edges that cut through any make-believe and ride a sea of smooth, permanent, prodding, percussive motions.

It took me a bit of research into Jernberg’s work to realise that the pained sounds stretching from minute 4.00 till 4.18 actually emanate from her vocal chords. Or do they? On Radius Walk, the boundaries between human and machine are at times freakishly blurred. The effect is at times unsettling, at times disarming and, dare I say, enjoyable. 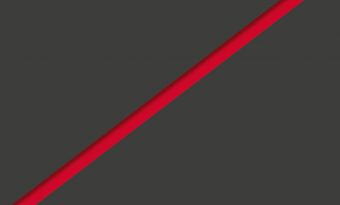 With their razor sharp new release, The Guillotine, Hey Colossus have cemented their position as one of the most uncategorisable and impressive bands around.
Read More