Before releasing his first full-length album, The Unspoken, Belgian producer DC Salas had already made a name for himself on the house DJ circuit with the acclaimed single ‘Peru’, an accomplished mix of balearic abandon and measured, emotionless beats that dip their toes into a variety of engrossing details without steering off course.

When I first listened to the earlier DC Salas tracks ‘When You Left’ and ‘Sun’, I was intrigued by their apparent simplicity. How does he make these tracks work and why am I still listening? I was excited by the prospect of reviewing The Unspoken, hoping for more of those repetitive, beating-heart, no-nonsense, galloping beats that get away with their no-frills existence because they know exactly where they are going.

While Joy Wellboy’s distinctive vocals lend character and emotional breadth to three of the album’s stronger tracks, the record’s overall charm lies in its rejection of decor: words are used sparingly but to great effect, while DC Salas is careful to reach deep down enough into his synthesizer toolbox to serve up fresh sounds just when they are needed.

‘Silently’, ‘The Unspoken’, and ‘Enfant Bruit’ take up noise and silence as concepts without pandering much to either one or the other. Strong and stable comes to mind: no wobbly bits, no filler excuses, no apocalyptic chaos.

The first four tracks solidly build up to standout single ‘Cala Falco’, a lovely, energetic, moreish chill-out tune to watch the early summer solstice sun rise as you come back down from all sorts of late night merriments. If you just so happen to read this on a deckchair, marvelling at the celestial, light-blue sea on Majorca’s pristine Cala Falco beach, then stick this tune on now. Otherwise, well, just stick it on anyway as it might just take you there.

‘The Unspoken’ sets off in a similarly relaxed mood, still fuelled with end-of-holiday nostalgia; the lyrics have been replaced by more emotive synths that sound out-of-time and set the tone for the less hope-filled, starker mood that cuts through the remainder of the album.

The minimal ‘Enfant Bruit’ is driven by a bloated beat, a balloon continuously gaining in girth as fast as it deflates. A bit overlong (I found my attention dwindling during the last two or three minutes of the track) but it could be a match made in heaven for the final worn-out mile of your Sunday morning run.

‘Everything Happens For A Reason’ is darker, with lyrics reflecting on loss and the self-defeating instinct to hold onto something that, like flimsy, shiny dust, only exists in short-lived reflections of sun rays catching glass. Just over 8 minutes long, this song is worth sticking with as it keeps developing its different layers right up until the end and sweeps over the finish line just when you are ready to take to the dancefloor.

Throughout The Unspoken, DC Salas uses solid beat structures that barely take a breather and give the album an urgent quality that prevents it from passing as chill-out music. You are always on the road to some place. While ‘Niños’ exhibits elements of the cyclical moodiness found in John Talabot’s work, ’Victor’ is a more straight-up house track. The album is a mixed, confident affair and does not seem worried about categorisation.

As is of course the nature of electronic music that exists in and for itself, your inner ear can’t always grasp it as readily as a Beatles song, but once it does weld itself on to your ossicles there is hardly a way back. It took me a few listens before deciding to recommend The Unspoken but I was rewarded for giving it the time of day and I think you will be too.

Com Truise's Iteration is perfect for the era of nostalgia 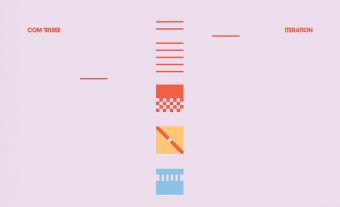 The new Com Truise album is a beautiful story, compellingly told - and perfect for the era of nostalgia that prevails today...
Read More