Ever wanted Danny DeVito to read you a bedtime story written by Devendra Banhart? Or see how Kathleen Hanna’s words look next to Clare Rojas’ artwork? If so then today’s your lucky day, for your tasteful but unlikely dreams have bizarrely come true, thanks to Jeff Antebi. Following a decade of hard work, the Waxploitation founder has managed to bring together his favourite musical and visual artists to collaborate on a collection of children’s stories for the ages.

Children’s stories that, admittedly, probably shouldn’t be read to children, as becomes apparent from the very first seconds of the ‘Stories for Ways and Means’ trailer video below. The fact the roster of contributors features an eclectic range of artists largely known for focusing on ‘adult themes’, from Alec Empire and Nick Cave to Anna Von Hausswolff and Del the Funky Homosapien, also suggests as much. More importantly though, it suggests a broad and brilliant creative input for what appears to be a truly unique project.

‘Stories for Ways and Means’ is billed as “an unprecedented literary mixtape”, with other contributors including Tom Waits, Justin Vernon, Mica Levi, Frank Black and Satomi Matsuzaki of Deerhoof, alongside a similarly glittering range of artistic talent. The book itself looks like a beautiful object too, with a limited edition, hand-numbered first edition looking especially desirable. Even better, proceeds from the book will be donated to a a number of non-profits working to improve child literacy, including Room to Read, Pencils of Promise and 826 National, which is sure to soothe any post-purchase guilt.

‘Stories for Ways and Means’ can be pre-ordered via this dedicated website, where you’ll also find a range of related merchandise including t-shirts, totes and signed prints. If you’re reading Santa, I’ll take that Kathleen Hanna / Clare Rojas print, ta… 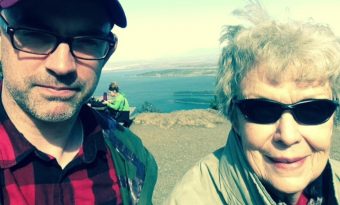