In my first post for this column I explained the story of how I fell in love with music. To briefly recap I was 13 and in a smoky venue surrounded by people much taller than me. When the lights came on in a fiery blaze and the crowd erupted in unison I felt something that I knew I needed to be a part of for the rest of my life.

Eight years later and I found myself in a similar situation. Except this time it wasn’t a rock show, but rather an EDM act that only reaffirmed why it is I write this column every month. His visuals, that worked seamlessly with the music, created an experience. An experience I hope to convey to you through words throughout the duration of this column.

The news I would like to focus on is the Keep Sydney Open movement and the rally on October 9th designed to make noise on behalf of the city’s fallen venues who have had their stages silenced as a result of legislation.

In an effort to curb alcohol-fuelled assaults, the government in New South Wales implemented a number of legislative measures including controversial lockout laws. These lockout laws mean no shots after 10:00 p.m., no new customers after 1:30 a.m. and no alcohol served after 3:00 a.m. They also mean a drop in live performance revenue and the closing of spaces where Australian artists have traditionally grown into their music.

Flume, Nina Las Vegas, Alison Wonderland, Hayden James, Rüfüs Du Sol and more are all artists that experimented, failed, succeeded and honed their sound and craft in Sydney’s live music spaces. If you take away that environment you take away the next generation of musicians’ ability to do the same.

In an effort to shift the conversation to how the lockout laws are hurting live music venues and Sydney’s music culture as a whole, Keep Sydney Open installed memorial plaques over the weekend at the sites of closed down venues that featured the names of prominent artists that got their start at those very venues. And now I’m writing about this today in an effort to make this conversation a global one.

In addition to industry news, I would like to highlight one trend within the music industry specifically as I have seen it relate to EDM. It is a trend that has probably existed for a couple of years now, but if we are being honest here I didn’t even realise it was a trend until searching through page after page of industry news caused that spark to go off, so you probably haven’t been aware of it either.

The trend I would like to talk about is the marriage between Hip-Hop and EDM. At what time this particular marriage of sounds started I can’t exactly pinpoint for you, and I’m not here to tout the idea that the blending of different genres with EDM is even something new. However, I am convinced that it hasn’t been nearly as much in your face in the past as it is now, and as someone who is planning a concert and was trying to find an artist that satisfied both Hip-Hop and EDM fans, I can safely say that examples of these collaborations are everywhere.

Now I’m not saying that we aren’t a product of the time and place we live in, and I’m not saying that we don’t focus specifically on what we’ve grown to like. When I was going through my punk rock phase in middle school the only music in the world that existed to me was alternative rock. So maybe it’s because of where I’m at in my life, but the trend I see staring me right in the face is one where Hip-Hop and EDM intertwine and intertwine well.

However, the blending of EDM with other genres doesn’t stop there. The sheer number of Justin Bieber and Diplo collaborations is a testament to that. The way I see it, this intermingling can only add to and expand, not necessarily dilute or take away from, the genre that rose from the ashes of disco. 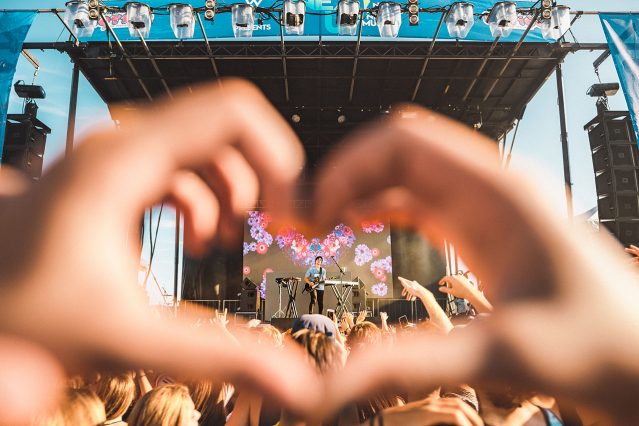 The artist I would like to focus on this time is the New York City-based multi-instrumentalist and producer, Dan Griffith. Known to the world as Gryffin, this classically trained pianist captures audiences with his live performances that blend together indie and dance in a melodic art. In a world where most DJs stand behind their computer during a set, I find this live performance aspect particularly refreshing.

Two tracks of his that particularly caught my attention are posted below:

This track is the Kasbo remix of “The Little Things” by Big Gigantic.

“blobtower” is a track by producer Candle Weather.

This track is the Gryffin and Manila Killa remix of “Surprise Yourself” by Jack Garratt.

“Good Times Roll” is a track by GRiZ and Big Gigantic. 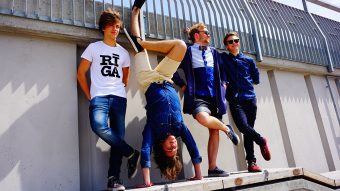