It’s good to be back! Hope y’all had a cracker of a summer wherever you roamed or homed.

Three months of sun and fun-filled long summer days and warm balmy evenings, now just a fading memory as the autumnal leaves sap the last of the liquid gold out of a sun paled into a shadow of its former self.

To transition us from nature’s glow to fire’s blaze, we’ve picked some glimmering Nordic stunners! Working on the less is more, quality over quantity basis, we’ve scaled back our monthly column, but rest assured that we intend to serve only the juiciest, choicest cuts to sate your ever ravenous musical hunger.

When Norway’s Siv Jackobsen picks up a guitar and starts to sing, the world melts respectfully away into the background. Few words are needed to describe a voice so pure and beautiful as hers.  A voice that only needs its own emotional force to convey the depth of feeling at the very heart of Siv’s raw and honest lyrics.  If I had to summarise Siv Jakobsen’s work, it would only take three words – ‘beauty laid bare’.

The Jørgen Nordby live video below, does just that.  Shot on location in London where the singer is currently recording her latest album, it lays bare the beauty of the simply sublime ‘To Leave You’.

A new album is imminent – we’ll keep you posted.

Ever wonder what Brett Anderson would sound like if he was reincarnated as a Dane?  Wonder no more people, for here he is, and his name is Martin Grønne!  Grønne, together with Terkel Atsushi Røjle, Simon Thoft Jensen, and Kristian Schøtt Kyvsgaard makes up Danish rock-pop outfit Virgin Suicide.  (You’ll get extra points on your loyalty card for pronouncing all of those names correctly). That they are lovers of all things Britpop will come as no surprise when you hear their ’90s ‘fluenced alt-rock jangles.

When Grønne’s coquettish vocal kicks in with the same theatrical style as the Suede frontman, you’ll find yourself dreamily teleported back to the “lazy days” of “nowhere town“.

‘Around the Sun’ is the latest VS release, and its Britpop lowlights are meshed with highlights of American rock of the acoustic soulful kind JBJ does so well, #always. It’s a balanced mix of the best of both worlds, and the perfect intro to the band’s music for those new to their sound. It’s from an AA single release alongside the track ‘Arabs’, which follows the band’s eponymous debut album. You should explore both at your earliest convenience.

If ‘To Leave You’ touches your heart while ‘Around the Sun‘ melts it, Pascal Pinon‘s video for the single ‘Orange‘ will finish it off! An interplay of words juxtaposed in disparate contexts, this is cleverly conceived of verbiage. Lyrically incisive, its straightforward musical simplicity belies its effectiveness as a piece of imaginative composition.

Pascal Pinon comprises the immensely talented Ákadóttir sisters, whose songs have a minimalism that ensures maximum space is given to their instrumental and vocal sound.  Bare floorboards on which their voices can dance through a musical ebb and flow.

‘Orange’ is a tale of three romantic liaisons, two of which have failed, while the third and last –  ‘sometimes (it’s) bitter but most the time, sweet‘ – is the great relational hope in this heartfelt, poignant song.  A song about love, sung with a true voice – the voice of a realist who casts a cold eye on what others view through a rose tinted lens.

Currently side steppin’ outta Sweden is the dope new hip hoppin’ banger from their own Queen Bey in the making, Zara Larsson.  Her new track ‘Ain’t my Fault’ is a punchy ass kicker brimful of street ‘word’, ghetto wonk, and bomb the bass boombox beats.  Funky, sassy and catchy, with the usual golden aura ascribed to all things Larsson, it’s bound, like its predecessors, to be a hit that storms up Swedish/European single and US Billboard charts.

Yo Yo Video Gamers … Do you remember Spy Vs Spy?  Yeah? Good for you ‘cos I’ve never heard of it.  Appara it was huge back in the day, and also appara the music was composed by a gent by the name of Scarim.  Well, it seems Mister Scarim was a HUGE influence on two Finns, Juho Paalosmaa and Tomi Hyyppäal, aka Villa Nah.

They’ve just dropped a new album, ‘Ultima‘, from which they lifted the track ‘Spy’ as a single.  It’s a clandestine little sneak, cloaked in an intrigue of underground electronica, hypnotic pulses and intoxicating vocals.  Accompanied by a nifty gamer vid, ‘Spy’ makes for a fun audio-visual combo that will whisk many of you back to your childhood Gameboy days.

While my remit for this erm, monthly column (say it really quickly and you won’t notice the gaps!) is Nordic music, sometimes, jusssst sometimes, the nice Ed-boss cuts me some artistic slack and I get to schtick a non-national into the mix. If I do say so myself, this month’s choice of interloper is inspired …

Hailing from Riga, which btw is twinned with Stockholm (‘the Nordic connection’), young four-piece Carnival Youth have just unveiled the most lunatic, most inspired, most ‘brilliantist’ ever visual for their hilariously named new single, ‘Seagulls on Bicycles‘.  Gives new meaning to the term ‘animal crackers’!

Lifted from the band’s latest album, ‘Propeller‘, for which they are currently doing a promotional European tour, the song is a blend of indie, pop and rock. The sum of the parts is a vibrant, catchy, toe-tapper that is quite the mood enhancer despite its darkly allegorical lyrics!

The video, shot in Latvia and directed by Spanish artist Anahell on whose ‘Secret Friends’ concept it was based, is more off the wall than Humpty D. Fun, zany, imaginatively pulled together and with wicked choreography, it matches the mood of the song to a tee.

I couldn’t conceivably sign off this months Nordicmania without alerting you to the Norwegian releases of the year… (YES I know, it’s September, with still a full quarter still be to closed out!)

Why How Who? The Queen of Norway, that’s who! Susanne Sundfor  … in two very polar guises.

The first finds her in her usual capacity of stand alone artist, while the second sees her don the very familiar mantle of chanteuse to that ever-flamboyant electro-pairing Röyksopp; a collaboration which I have christened RöykSund.

Literally within a matter of hours we were treated to not one but two surprises drops. The first is a gentle Cajun acoustic ballad entitled ‘Reincarnation‘, on which Sundfor’s trademark soprano reach softly glides across an acoustic landscape of such evocative beauty that only the hardest of hearts could fail to be stirred.

In contrast, the RöykSund collab is a swaggering disco dancer; a full bells and whistles, down and dirty on the dancefloor groover. Fuelled by high voltage electronica and ground-scraping bass grooves that jettison Sundfor’s vocal around like a spring-loaded water-fountain, ‘Never Ever’ is a track that more than lives up to its hype…

Now all we need is for RöykSund to hit the road together and provide us with some glorious lives of their to die for collaborative back-catalogue! Go on, go on, go on!

PS.  Music Fans in England & Wales may want to take note that Danish duo, Palace Winter, will be hitting the scene in October, fleshing out a selection of dates, deets & tickets here.  S’alright Scotland, it’s not personal. They’re not coming to Ireland either … ! 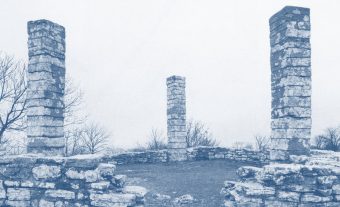 A new selection of club sounds that make sense in your living room (just as well now all the clubs are being closed) takes us from Northern Electronics to UMFANG...
Read More