Music awards are more infamous than respected at the moment. It’s long been known that the BRITs and MVAs etcetera are essentially extensions of label marketing campaigns, and offer nothing credible to say about music in any way (indeed, sometimes they’re more damaging to the conversation, as Nicki Minaj’s points about ethnic whitewashing made clear). In the UK, the Mercury Prize panel have lined up a selection of safe options so no one will really argue over the shortlist much in the meantime, and no one will really notice who the gong goes to on the night itself (though we have put a tenner on SOAK).

The most contentious award around nowadays seems to be the yearly DJ Mag slag-a-thon: DJ Mag’s Top 100 DJs, a poll decided by public vote. Magazines decide to base awards on public votes instead of random internal selection policies for a couple of very clear reasons. Firstly, it’s a public vote, so the mag can ultimately wipe their hands clean of the affair if it turns up a stiffy, while still having their logo and name associated with a much talked about event (all publicity, etc.). Secondly, it means they can get the artists to share the voting tools around, giving themselves some marketing reach and artists something to send their social network followers. Everyone’s a winner!

Apart from they’re not. As is the nature of awards, there can only be one number one, and this year the gong went to Dimitri Vegas & Like Mike. They won in style, namely the sort of style that occurs when you employ attractive girls to approach drunk fans, thrust an iPad into their hands and exhort them to vote on the spot. This aggressive marketing tactic came across as a bit gross to the rest of the boys on the list. Yup, a bigger problem to focus on might be the fact that there are only half a dozen women on the list, and four of them are in duos, but Axwell decided to make this about active fans instead, and everyone in the EDM scene started on the murky topic of ethical marketing…

Half of the fracas seems to be online EDM media generating a bit of negative press for what is one of the last remaining print titles in circulation, otherwise known as their more credible competitor. To stick the boot in, these sites are running their own polls, and always imploring people to share their articles just to make a point! It’s a little hypocritical to complain about artists taking advantage of the nature of public campaigning while taking advantage of that system yourself.

Nevertheless, DJ Mag has actually achieved something substantial here. It has proved, after about two thousand and five hundred years of Western civilisation trying it out, that democracy doesn’t work. Thanks DJ Mag, you can be in my Top 100 any day. 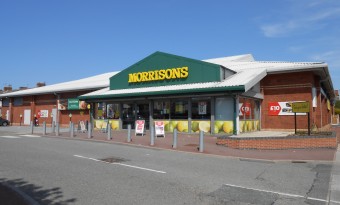