Jonathan Richards, formerly of Hey Colossus, is back with new music, this time as Kreol Lovecall. This solo project moves into more funky territory, with drum machine, bass and keyboard providing a taut backbone for some shimmering guitar and vocals. Across the music we have been treated to so far we seem to have equal parts Sly and the Family Stone, Fugazi and Cocteau Twins; a varied but well measured mixture from a man who clearly has something to say about the politics of diversity and separation that dominate our cultural conversation in these times.

We’ve got an exclusive look at the video for ‘Points of View’, the first in a series of videos to accompany the music from this project.

Kreol Lovecall’s debut performance is on Sunday the 25th of September, as part of the Unity all-dayer, alongside the superb Teeth of the Sea and Giant Swan, at New River Studios in North London. All proceeds from the event go to HOPE not hate so get down and support an excellent cause and excellent music.

Where There's A Will Samson... 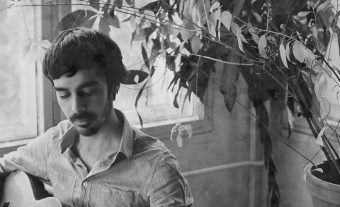 Tape-loving master of ambient folk Will Samson talks to The Monitors about five of his own compositions, and explains why they rank among his favourites...
Read More