The third year of Baba Yaga’s Hut’s truly excellent Raw Power festival has sadly drawn to a close. I have just about recovered. I think. Those that were there have been left with a gaggle of new friends, ringing ears and a headful of wonderful memories.

For those of you who weren’t there, or were there but “weren’t there” (if you get my drift), I’ve written down some of my thoughts, feelings and nasal detections as a handy conduit for you to vicariously re-live Raw Power 2016 from the safety of your internet screen. Or so you can sit and read in your pants. Possibly at work.

Graham Dunning kicked off proceedings on the Friday night with his fascinating Mechanical Techno. Using a turntable and trip circuits to trigger synths, Dunning slowly built up an analogue mix of sounds that layered into tasty musical dissections. Crammed into a corner of the large Dome stage it was an interesting microcosm of the wonderful sights on offer at Raw Power.

Teeth Of The Sea absolutely blew Friday night away; their set was an early highlight and was frankly hard to top. I actually danced. Which is quite a thing when you look like a 32-year-old geography teacher made out of tin cans. By the time the dark, clattering industrial percussion of headliners Test Dept: Redux came about my mind was in a whirl and the night was complete.

The surprisingly funky and hugely propulsive Qujaku booted Saturday morning into touch. Mixing shoegaze tendencies with a rhythm section that was as tight as the proverbial fuck, they were a band I’d not heard of before but will definitely be keeping my beady eye and mottled ear on in the future.

For the majority of people I spoke with (lucky them) Sly & The Family Drone were the standout Saturday highlights, and do you know what, they were fucking ridiculous. Having their set-up in the middle of the audience created a huge sense of intimacy and participation. Drumsticks were handed out, people were wrapped in clingfilm, and paper plates were thrown about; each time I launched a plate back into the crowd I seemed to hit the same chap in the back of the head (sorry, I really wasn’t aiming for you). It was as though the afternoon was transformed into a massive children’s birthday party, headed by squelchy drum and bass demons.

Pikacyu Makoto was a lovely blast of bubblegum pop refreshment before the big wig-out of Melting Hand, who feature Gordon Watson (of Luminous Bodies and Terminal Cheesecake) and Mike Vest (of 11 Paranoias, Drunk In Hell and about another 765 other righteous bands by the time you’ve read this). If you’re aware of either of these two prolific shredders then you’ll have a good idea of what to expect from Melting Hand, which is no bad thing.

The band I was most looking forward to on the Saturday were Slabdragger and they didn’t disappoint. They absolutely bloody slayed the Boston Music Hall. It’s as simple as that. ‘Mercenary Blues’ sounded interplanetary and that’s not just because I’d been drinking all day. They were seriously impressive.

A reoccurring theme you may notice when people talk about Raw Power Festival, is the communal spirit and camaraderie that exists and builds amongst the punters and bands as they mingle and chat throughout the weekend. It’s a truly beautiful thing.

As such the highlight of Saturday 2016 for me wasn’t one of the many bands, but a lengthy and in-depth toilet discussion regarding Italian genre filmmakers Lucio Fulci and Dario Argento. Give me a conversation about esoteric Italian horror films and I’m happy, like a pig that has learned if it wants to shit it needs to use a potty. I ended the night very happy.

Woven Skull shook my woozy Sunday morning head into life, taking the bleary eyed audience on a journey to a far away land and then back again to The Dome’s bar for another pint. Their epic soundscapes were the perfect way to start the busy Sunday, which had a line-up so good it could kill other festivals by pure intimidation alone.

There was an uplifting surge of energy and attitude running through the early Sunday afternoon, with the noisy punk of Ill, math-rock madness from Stearica and powerful post-hardcore from Lower Slaughter all proving to be highly enjoyable. Stearica in particular were one of the most enjoyable bands I’ve seen in a long time, not often do you see the drummer run from the stage into the crowd whilst drumming on the floor like a cricket. Right good fun, right.

As the day worked its way to the end of itself, and thus the festival, the pressure to make it to the end of the night and see all of the gold that was on offer became huge.

I’d seen them a few times before and always enjoyed them but no previous occasion was like this time. They blew my tiny little swede wide open. Nasty, dirty, excellent. I almost can’t describe how good they were without my innards falling out of my mouth like the infamous scene from Fulci’s City of the Living Dead.

Just as good downstairs were Workin’ Man Noise Unit. ‘Cruisin’ the IDR’ was, and is, a total fucking tune. Following their frantic and exhilarating set would be difficult but a short while later Mugstar did just that and soothed and transported the frazzled brain, temporarily, to a warm gentle place, dusting it off and returning it in a cobbled together state, ready to be re-scrambled by the on-coming headliners: Part Chimp.

Obviously Part Chimp are fucking loud. They are loud and heavy. They are loud, heavy and one of the best bands you will ever encounter in your entire life, or afterlife for that matter. Opening their set with the hectic ‘30,000,000,000,000,000 People’ there was never going to be any other outcome than The Dome erupting into a hysterical moshpit of flailing limbs. Crowds were surfed and heads were rocked. It was nearly enough to finish me off. But there was one final band to see and I was fucked if I was going to miss them. Luckily I managed to stay sane and of sound mind enough to see them.

And that band was Pigs Pigs Pigs Pigs Pigs Pigs Pigs Pigs. At 00.00 midnight Pigs x 7 came on the stage (not literally, though you never know, they looked like they were having a good time) and closed Raw Power 2016 in sweaty, shirtless chaos. Let me reiterate that, Pigs x 7, on a Sunday night. Madness, but what a way to finish the weekend. Madness turned to total sense.

As with previous years, Raw Power Festival proved itself to be an event not to be missed. Raw Power 2016 was bigger, better and harder than ever before and next year will have to be astronomic to beat this.

But I thought that last year and look what happened, and the year before. 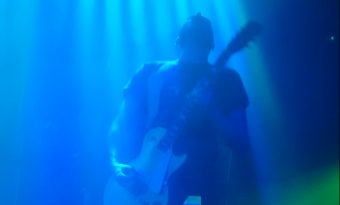