On 30th October, 2015, the tectonic plates under my musical ocean shifted slightly, opening up a small chink through which shone the sheer brilliance of Ground Luminosity, the then latest album from Brighton-based experimental electro-classicist, Will Samson.

Universally acclaimed by the media, who all but gave it a standing ovation, this painstakingly collated compendium, a fusion of organic and experimental, lifted Samson’s sound out of its idiosyncratic ambience with a melodramatic sweep of its reinvented technicolour persona. Armed with his trusty tape machines, Will Samson turned a little Alan Wilder, who funnily enough lives just up the road in Horsham, as he cloaked minimalist musings with heavier layers of electro-beats and techno wizardry. The resulting eight track compilation was an inspiring stroll through a dynamic landscape filled with an array of multi-faceted personalities.

Bolstered by the album’s fervent reception by media and fans alike, Will Samson took his show on the road, illuminating the highways and byways of Europe. Several live dates and a Christmas later, Samson threw himself once again into the recording process, and together with regular collaborators Benoît Pioulard and Message to Bears, produced a stunning summer EP in the form of Lua, the shimmering title track of which you can listen to here.

Back in June, when the sun (sun, what’s that?) was still high in the sky of my vivid imagination, The Monitors asked Will if he’d like to share some of the finer details behind some of his personal faves with his fans. He chose five songs around which WE did a little Q&A, and HE wrapped a lot of detailed love. It went something like this…

‘Tumble’ revolves around a lot of looping sequences while the word itself denotes rolling in a circular motion. What was the idea behind the song and the suggestion of tumbling, Will? Also, the track itself is laced with very wistful, melancholic slide guitar. Why did you choose guitar over other instruments for this particular song?

‘Tumble’ took on various different forms before reaching the finished piece that you find on the record – the previous versions being quite minimal, without the electronics & recorded almost entirely on cassette tape.

Most of my song ideas usually begin with finger-picking on a guitar (even the ones that end up having no guitars at all) until I eventually find some melodies or chord progressions that I feel can grow into something special. It’s like searching for the seeds amongst all the aimless wandering notes. For this, I liked the original idea so much, that I had to keep this acoustic guitar in there. Then it just slowly grew bigger and bigger, with five different friends all contributing to it (double bass, piano, additional guitar, violins, lapsteel guitar) – it’s my favourite song to listen to for this reason.

The next song you’ve chosen is ‘Pyrton Bells’.  What kind of emotional place were you in when you composed it? There’s a line in the song that goes, “Was there ever a time when You questioned what you wanted to believe“.  Can you answer your own question?
I’ve mentioned this in previous interviews before, but death is something that I think about a lot – but never in a morbid or heavy sense. Just to remind myself that everything will pass and the more I try to resist this indisputable fact, the more I will suffer. I feel like the contemplation of this subject is incredibly important & am sometimes frustrated about the way in which it’s so buried in western culture. It’s going to happen…so let’s talk about it and stop pretended that it won’t come. There’s a beauty in the transient that is missed.
Facing up to mortality means doing things now, while I can, even if it’s terrifying. Telling certain persons that I love them, because that is how I truly feel and may not get another chance.

There’s a line in ‘When I Was A Mountain’ where I wrote “Strike me down with a lightning bolt, so I might feel alive once more”. I didn’t give it much thought at the time, but realised afterwards how much this conveyed the way I’d been feeling for so long. I had blown my emotional fuse and was pretty numb for over a year. The album is about learning to feel like a normal human being again and trying to celebrate that. 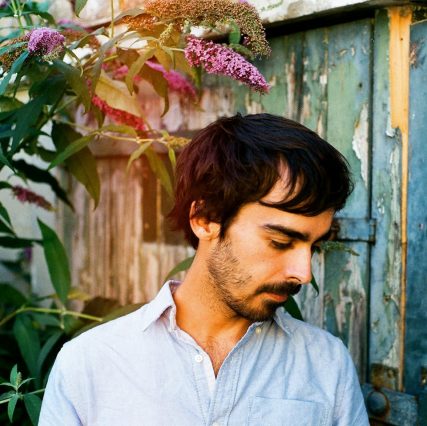 One of the most animated and uplifting pieces on Ground Luminosity is ‘Flow, The Moon’, a chirpy Americana daydream. Guitar picks wandering through easy evening slide. Shy falsetto vocals, shadowed by tightly woven harmonies, float airily alongside wing-beats of percussion. Static fizz and waves washing onto an empty shore are just some of the sample sounds used to give this track its vivid imagery, and a sense of dreamy realism. ‘Flow, the Moon’ comprising all things lunar, is a seemingly simple, yet highly complex and very well thought out piece. That’s what I think, but what does Will have to say about it all?
I guess this is the closest I come to “folk” on Ground Luminosity. There’s always something about acoustic guitar manipulated by old tape that gets me excited every single time. It’s a sound and a mood that I just don’t tire of hearing. For me, nothing evokes the feeling of a hazy memory quite like it.

I’m a big fan of those early Devendra Banhart albums (Nino Rojo, Rejoicing In The Hands…), but just can’t bring myself to produce a straightforward song with only acoustic guitar & vocals. Part of me secretly wants to try creating a whole album with these restrictions…maybe I’ll do it one day. Something about the term “singer-songwriter” really bothers me though, and I know that I’ll be lumped into that category if I do that! (As I type this out, I realise how that is such a terrible excuse not to do it).

I originally hadn’t asked my friend Michael Feuerstack to play the lapsteel for the track, so was very happy when these ideas arrived in my inbox, along with his backing vocals. (Thanks Mike!). Nothing can beat being in a studio together, but creating music via file sharing can also yield some surprising & unintended results.

I was reading a lot about Taoism and Zen at the time, which are pretty evident in the lyrics. “Celebrate the subtle joy of being alive & the silence will come” – words like these are often just reminders to myself. Attempts to ease an overactive mind.

Album bookend ‘Night Canyon’ is an hypnotic electronic guitar-based ballad featuring nippy percussion and some seriously adept musicianship. It makes for a pretty special close to a truly lovely album.
‘Night Canyon’ is the only track on the album mixed without any input from myself. It was mixed by Martyn Heyne alone in one evening. He changed the whole character of the music into something very different, and much better! Take the guitars for instance, originally ‘clean’, he sent them through his beautiful Binson Echorec, using the distortion from the (very) old tubes inside. Such a great surprise.
Beatrijs’ (De Klerck’s) violin parts and the ideas she presented with them also transformed the song, and indeed a lot of the album, for which I’m so grateful. She understood the songs perfectly.

Lyrics are a funny thing. I often spend a very long time agonising over each word, eventually having to force myself into recording them, even though I’m rarely satisfied with them at the time. However, with time and distance, I’m usually happy if somewhat surprised that the sentences came out of my mind. Of all the lyrics I’ve written, these are the ones of which I am most proud. I’m not sure why… maybe they just feel the most personal, somehow.

“Surrender, release” simply refers to a meditation technique of allowing oneself to fully letting go.

I have been performing this track live with only guitar, tape delay and vocals. It’s been getting quite a special response and seems to be the general favourite, judging from the feedback I’ve had after shows.

A lot of your songs are very personal and clearly mean a lot to you. Your final choice, ‘Sunbeamer Pt.1’, has an obviously intimate lyric. Would you mind telling us what it’s about? Also, it’s a perfect example of organic meets electronic. Can you explain how the seed was sown and the sound germinated?

Actually, it’s the only song that was written purely on acoustic guitar before being slowly warped into the version that appears on the album. I guess that’s the way I’m supposed to do it!

I use a really impractical beat programmer to make most of my percussive/glitchy sounds. It doesn’t have a sequencer, so I have to input each individual note. I spend crazy amounts of time meticulously doing this but have grown to love the process. I’m really forced to slow down and give great attention to detail, instead of just randomly clicking some buttons and hoping that a laptop does all the work for me. Any electronic sounds like this are nearly always sent through some form of tape. I have a weird guilt about using any computer generated sounds without doing this – it never sounds human enough without the analogue treatment. However I’m slowly learning to view computers as my friend (possibly the uncoolest thing I have ever said) rather than a necessary evil, when it comes to creating music.

The lyrics are about my dear Dad (“I know that you were reborn as the sun, that carries on all of your love“) and my beloved friends who helped me through the difficult process of losing him to cancer (“all of the friends who held you together and stopped you from crumbling apart“).

Bless! A huge, huge thank you to Will for taking the time to discuss his choice songs with us.

We’ll end with a quick news update. Will has just slam-dunked a new album in less than a fortnight. Written in eight days, recorded in less, with some additional time added on for dubbing & mixing, this still-to-be-christened record was signed, sealed and delivered in a staggering twelve consecutive days! Expect to see it hit the decks late autumn.

In the meantime, still carrying the scent of summer on its ambient wings, is Will’s EP, Lua, which you can bag via Spotify or Boomkat. 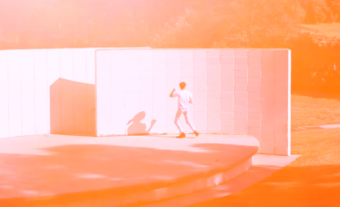