A column compiling club-friendly sounds that still make sense in your living room. This month takes us from new UMFANG and Northern Electronics to the latest DJ Rupture mixtape…


One of Discwomen’s (the female New York production and DJ collective) co-founders, UMFANG, debuts with a 12″ EP on the always reliable digital, cassette, and more recently, vinyl label 1080p records. She brings a slightly tougher sound than the usual 1080p release; each track drifts, floats, and bangs in equal measures with all five of the tracks present here moving through various disparate house and techno sounds. This E.P has a club ready feel throughout while maintaining the esoteric weirdness fans of 1080p have come to expect.

Bandshell’s unique brand of unnerving, sort-of techno has been missed since his last release in 2013, but he’s back with a self-released 5 track EP. It’s full of the clanging, torn apart techno that made his name on his initial releases on Hessle Audio and Liberation Technologies. Highly considered and expertly collaged sheet metal percussion and samples from God knows hang together just enough to make this a welcome return. Let’s hope he doesn’t wait so long next time.

DJ Rupture’s mixtapes are always an education; his ‘Uproot’ mix was seminal for many. His ability to ride so seamlessly between sounds that come from different musical worlds that stretch across the globe is almost unparalleled. The idea of doing this isn’t quite so revolutionary these days, but Rupture is still one of the best in the business at it. I won’t spoil the fun by discussing the tracklist here.

Stockholm techno label Northern Electronics have recently released their second label compilation entitled ‘Scandinavian Swords 2’. It features contributions from label head Abdulla Rashim as well as man of the moment Varg. They provide the icy, deep, and textured type of techno that could only come from the cold north. The moody and experimental sounds featured here are a unique take on the traditional techno palette. The triple vinyl release is long gone but you can get this digitally.

Another belter in August was DJ Stingray’s mix for xlr8r; the Detroit legend providing exactly what you would expect from a man who was the Drexciya DJ. A man in a balaclava provides an hour of amazing electro. He’s associated with the Underground Resistance and Urban Tribe Crews. What more do you want? Heavy and sexy.

We can finish with a random SoundCloud find. Cause, why not? Leith Waterworld is someone I know little about, other than he has remixed a Django Django single at some point. He has covered a range of styles and tempos judging from his SoundCloud and manages to give them all – from house, garage and footwork type workouts – a unique lo-fi edge. Here he has a go at sino grime (or something) with more emotive poppy warmth than similar productions in this micro genre. Looking forward to more from this guy. 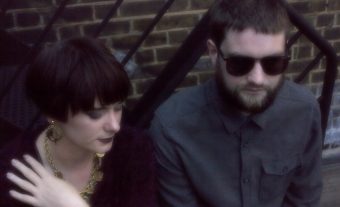 Joy. Excitement. Arousal. Ecstasy. Dizziness. All of these are emotions you may feel while listening to the debut album from dynamite Dalston duo EMOTIONAL.
Read More