London. A sprawling, confusing mess that’s home to every flavour of humanity. Yet while Samuel Johnson may have famously opined that “there is in London all that life can afford”, many Londoners are increasingly finding their lives are less than affordable. As luxury developments and unfettered gentrification start to sweep across the capital, the city feels like it’s approaching a significant tipping point.

Yet while London has always had its problems, there’s also plenty about it that’s still worth celebrating. Not least its deserved reputation for being a hotbed of creativity – especially when it comes to music. From Bowie to Burial, Winehouse to Wiley, London has provided an almost incomparably fertile environment for musicians of every stripe.

We thought we’d ask some of the latest artists in that lineage for an insight into their relationship with the capital. Today we speak to Maxwell ‘Betamax’ Hallett of synth ‘n’ drum duo Soccer96, a band who discerning gig goers are sure to recognise as one of the best live propositions in London. Alongside Dan ‘Danalogue’ Leavers, Soccer96 serve up a psychedelic storm of poly-rhythmic percussion and bubbling electronics, with latest single ‘Megadrive Lamborghini’ among the catchiest tracks they’ve released to date. (Soccer96 also form two thirds of cosmic jazz chaos magicians The Comet Is Coming, whose Channel The Spirits LP is one of our favourite albums of the year so far.)

Check out ‘Megadrive Lamborghini’ by Soccer96 below, and read on for Hallett’s take on London living…

Where you were born: I was born in London in 1985 and I grew up in Tottenham near Seven Sisters.

What was it like back then: Tottenham was and still is one of the most culturally diverse areas of the UK. It was also one of the poorest areas of London. I always noticed how my friends would rarely leave Tottenham, it was their whole universe for a long time growing up. Me and a friend used to play football in a sort of dirt cage play area – and play a lot of Super Nintendo and watch Formula 1.

What is it like now: The demographic has changed a bit, more of the African communities are running their own businesses and shops around Seven Sisters. When I was 17 I remember going to a squat rave on Fountayne Road, now there is a new artistic warehouse area with photography studios and even a theatre. Round there you can get artisan this and that and amazing coffee.

What school did you attend: I went to Northumberland Park – literally right next to Spurs football stadium. It would always smell on Monday mornings because of all the piles of police horse shit left over from football matches. I was however a Spurs fan, one of the only Spurs fans in my school as everyone else supported Arsenal and Man U.

Where do you live now: I’ve lived in Forest Gate in East London for a couple of years now. I really like it here.

Best thing about where you live: Wanstead Flats are beautiful- I go running/walking there all the time, it’s one of the main reasons I moved here. I like to have a wild space for thinking and making long phone calls.

Worst thing about where you live: I don’t really mind, but people are trying to sell me drugs all the time, I’ve been offered weed several times while putting out the bins, and I got offered coke whilst jogging in the park. Actually I don’t really mind that stuff, the worst problem is people dumping fridges outside my house – it is kind of hilarious how many dead fridges are lying around the streets of Forest Gate. To be honest, I don’t really mind that either.

Worst place you’ve lived in London: I used to live in Shoreditch about 10 years ago, it was very vibrant full of people getting off their face every night. This was a problem only because I was so broke that I couldn’t actually afford to go to the bars myself. I was literally working to pay rent and had nothing left over – so to watch people partying the whole time was depressing.

Do you think the city has influenced your music: Absolutely – music from London is designed to sound amazing even if the room is empty or people are talking over it. It’s protected itself from the audience, the music is independent, confident and challenging. You don’t like my music? Like I care what you think! Aside from that there is so much cultural mix-up in London, the ideas can be much more rich and varied in influence. You think in terms of a global sound and audience. Music here is competitive and the audience is competitive in their knowledge and taste as well.

What is the biggest problem facing London: One of the first things I think of is gentrification, the break up of communities and so on. I also feel that we don’t capture and focus the energy of London’s youth. I used to work in an after-school drama and music theatre company called ‘Haringey Shed’. I saw firsthand the talent and energy that can be unleashed through arts, and I could see the confidence of the kids grow every week. I saw what happened after a lot of youth centres closed in Tottenham – six months later we had the Tottenham riots.

Do you see yourself living in London in ten years time: Yeah quite possibly, as all my work is based here, though I have been dreaming of moving to Portugal or Peru.

Favourite venue in London: The Bird’s Nest in Deptford, I have been playing on this little stage for years and I love the punk roots of the place. With my old band, we used to get paid in coke, it was one of the very few times I did coke lol.

Favourite rehearsal studio in London: Total Refreshment Centre – This is my creative community/rehearsal/recording/hangout/gigs/anything space. We make and do everything here and the vibe is so strong, it is the most important space in my professional development. I’m there every week working on the next thing. People are all supporting each other and collaborating and educating each other. I feel really lucky to be a part of something like that, it has been so inspiring.

Favourite record shop in London: Eldica in Dalston is a great vibe, but I’m really into the vinyl cafe in Deptford as they have great records and vegan food. I wish it was closer to where I live, I would go every day. 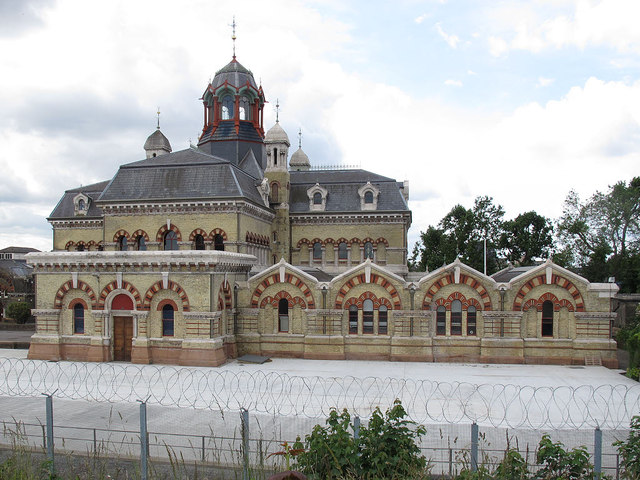 Least favourite building in London: The Shard – if ever there was an evil tower in London this is clearly a symbol of jagged violent capitalism, an unashamed splinter in the foot of nature.

Favourite place to eat: Ronak Indian restaurant– THE BEST food in London. The door is normally locked, you have to knock or find the guy on the street to let you in, then you sit down and without ordering they bring you whatever they have made that day – all vegetarian Gujarati food. You get three curries, rice and chapatis for £5. They have been there for 40 years or something, it’s like going to someone’s house, they always tell me the history of the area.

Favourite place for a pint: Ferry Boat in Tottenham Hale. It’s like you’re not in London at all, surrounded by the Tottenham reservoirs and Tottenham marshes. I used to live on a tiny boat on the River Lea canal, and I can’t explain how it felt to go into a warm pub with a fireplace after you spent all day sawing wood.

Favourite place in London that no longer exists: Power Lunches venue in Dalston was the best tiny music venue in London, the sound was so good there you could watch a band you didn’t like and it still sounded amazing. It was a great space for trying new projects and ideas as you didn’t need to bring lots of people for the vibe to feel great.

Londoner you respect most, dead or alive: Jeremy Corbyn.

If you were mayor for a day, what one change you would implement: I’d get rid of cars.

You can pre-order the new Soccer96 album, As Above So Below, from Slowfoot Records here. 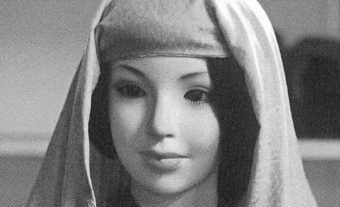 A selection of sounds equally suited to the club and your living room, including the likes of Omar-S, Mr Mitch and the enigmatic Rezzett...
Read More