As a preventative measure to make sure no one at The Monitors HQ ever thinks of using the term ‘Floor fillers’ again [sorry not sorry – Ed] we’ll start July’s round up with a mix by Brainfeeder signee Iglooghost. Not one for the club but a comforting journey through blissed out modern classical from the likes of Steve Reich and Ruyichi Sakamoto, alongside snippets of more poised productions from the usually hyperactive young producer’s own work. Not sure about sleeping but this will ease the pain.

If you went to purchase the last Omar-S album, The Best, you’ll know that free is a very good price for the Detroit House and Techno legend. Early in July he gave away a free EP of new material. That material being Omar’s usual bumping, analogue hardware workouts. It’s Omar-S so you know it’s going to be good. Perfect sticky summer jams.

Finn goes back to back with Jersey Club boss Uniiqu3 on this mix of everything raw and fun. Finn made his name through RnB and hip-hop grime edits (or R’n’G), and this style sits perfectly alongside Uniiqu3. The essence of a good Jersey Club track is the flipping of usually fairly obvious samples and this is something both producers have down to perfection, making this mix a lot of fun and perfect home raving material.

Zone out to a 100% live session from Berlin duo Dynamo Dreesen and SVN, the heads of two of the most exciting and experimental techno and house labels releasing music right now: Acido and SUED records. The two are frequent collaborators and it shows as they effortlessly produce something dreamy and distinctively of its place, in one take.

Rezzett are back with another release on the ever-reliable Trilogy Tapes with a typical bit of scuffed and hazy hardcore, if slightly more chilled than they can be at times. It’s tripped out and thumps which is everything we’ve come to expect from the anonymous (?) duo that has yet to release anything less than excellent. You might feel like the elements in their sound are well worn but no one is doing it better. This is Rezzett’s sound.

Cliff Lothar’s latest EP release is funky and raw, 808-driven house that is unlikely to change your world but is a fine example of how much fun this sort of thing can be. If that sounds like your thing the four tracks that make up ‘All It Takes’ have been mixed over 20 minutes for your pleasure.

Mr Mitch treated us to his singular take on grime productions in an emotional mix titled ‘Devotion’. It features tracks from producers associated with ‘Boxed’, the label and night he co-runs, so there is plenty of sino-grime and sweet ambience that he perfected on his debut album in 2014. It is far from the high point of the mix but Iglew gives us a pretty unique take on Blink-182, which is something worth hearing at least once in our joyless lives.

How to Take Out the Ticket Touts 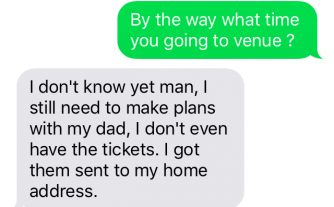