E.M.M.A has been a favourite of ours on The-Monitors for a little while now. Last July we ran a SPOTLIGHT piece on the London based producer, and more recently Patrick Swift (of Swizzle Knicks non-fame) caught up with her in April.

No surprises then we were excited then when she messaged us about the second round of club night Emerald City, which she’s running with Etch and Parris from Keysound. This particular Emerald City (taking place on November 7) isn’t at the end of a yellow brick road, though. Instead it’s on London’s Kingsland Road at Power Lunches – the last venue in that particular postcodes where you don’t need a small mortgage to get a drink form the bar.

The intimate basement venue, famous for its more grassroots and DIY events, will host Manchester’s ACRE, Mokadem (who’s had releases out through DUMMY and Melodica) and Herman Brahns – South London’s latest set of producers, affiliated with the capital’s latest record store, Rye Wax. Rounding the night up is of course its hosts, E.M.M.A., Etch and Parris.

On the club night, E.M.M.A. says: “I wanted to make a night which is without boundaries or genres but at the same time everyone on the lineup is connected, I think we all operate in similar spaces in terms of our approach to production.”

Interview: Pissed Jeans' Matt Korvette is anything but 'Shallow'... 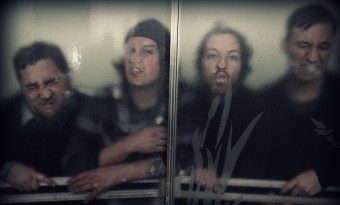 Able to tackle any subject with a mixture of humour and mayhem, we talk to Pissed Jeans' frontman Matt Korvette about mobile technology and the Male Gaze...
Read More