It’s been an exhilarating suspense for all of us to see who would take to the stage at this year’s Simple Things Festival in Bristol. Well, a huge announcement came as a bit of a surprise. Legendary composer and film director John Carpenter is set to wrap up the festival weekend with a spectacular, jaw-dropping performance at Bristol’s Colton Hall on Sunday 23rd October. Carpenter, who is renowned for his musical arrangement of horror films, will be performing a retroactive collection of his soundtrack work as well as compositions from his Lost Themes albums. He will be accompanied by a live band and eye-pleasing visuals.

The main festival lineup, which takes place on Saturday the 22nd of October, is yet to be announced. It’s fair to say that Simple Things has always been a favourite for avid fans of avant-garde musicians, and John Carpenter will certainly satisfy that appetite. This year, Carpenter released his second non-soundtrack work with the album Lost Themes II. The highly acclaimed album plays out in a dark, grim but somehow captivating theme. Tracks like ‘Distant Dream’ conjure up a rock concert held in Hell’s final circle, while ‘Persia Rising’ evokes an atmospheric mood.

Tickets for the finale show are now up for grabs at £30 (please note that tickets for this event are sold separately from the festival tickets). If travelling to the south west seems daunting to you, remember, a jaunt to Bristol might be worth all the hassle to witness this once-in-a-lifetime performance.

Making plans for Mutations, with OM and John Talabot... 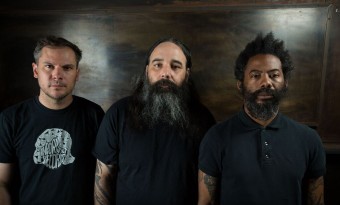 Forget the Great Escape, the inaugural Mutations festival is set to take over as Brighton's foremost music event. This is what we'll be watching, from OM to John Talabot...
Read More