Exploded View may be throwing ‘No More Parties in the Attic’, but every day’s a party in the Single-Minded universe…

Gorgeously expansive production from Alis. The leaking pipe percussion at the beginning gives ‘Pieces’ an eerily chilly feel, before layered drones and vocals build and then drift into the ether. Lush, but in a way that makes you shiver. Kier Wiater Carnihan

Charli XCX’s Mr Oizo collaboration from last year was more fun and less post-modern than this, which makes me wish she’d stuck with the Frenchman instead of bouncing to the incredibly grating faux-attitude from SOPHIE on display here. Nicholas Burman

Exploded View – No More Parties in the Attic

Judging by this, the parties Exploded View hosted in their attic were the sort spent in near darkness listening to industrial music, with a vague sense that something really awful is happening downstairs but everyone’s too fucked to do anything about it. In which case you can understand why they’ve stopped having them, but at least they salvaged this brilliantly creepy song from the wreckage. KWC

Since Andita Listyarini first brought Kayla Painter to the site I’ve been excited to hear what the Bristol producer will do next, and thankfully ‘efa’ is as strangely atmospheric as I’d hoped for. Weaving minimalism in with subtle atmospherics, this track’s a good example of less is more (done well). NB

To Pimp A Butterfly appears to have ushered in a revival of hip-hop acts incorporating live jazz musicians. This Koi Child composition (produced by Tame Impala’s Kevin Parker oddly enough) is a good example, although let down by the fact the rapper, well, just isn’t Kendrick… KWC

The strangely hypnotic visual of the video perfectly fits the dark beat within, and the understated crescendo makes this creepingly listenable. I was hoping those vocals might be raised to the fore to lift the track but the tease ends up begging for repeat listens. NB

Melt Yourself Down – The God of You

There’s never enough MYD doing the rounds, they’re a technicolour antidote to so much of the monochrome dullness that’s paraded around as thoughtfulness much of the time. They’re not messing with the formula they perfected on their debut in 2013 – probably a good thing. NB

The title to Mike Rebel’s debut track neatly sums up the addictive beat that sits under the MC’s perfectly pitched delivery. Dig a little and you’ll find a lyricist with a keen ear for storytelling, while on the surface the Timbaland-esque production makes this a pretty tasty sit-back-and-relax Saturday afternoon tune. NB

The creativity of the arrangement is welcome but the muddy production means that the breakbeat never really kicks hard enough and the synths never shine enough either. NB

My favourite cover art of the week and the tune’s not bad either, imbued with that shambling yet weirdly uplifting quality that Sic Alps once perfected. KWC

Starting with the best vacuum cleaner solo since Micachu put her Henry hoover away, this sardonic number is one of my favourite tracks from Warm Brains’ recent Big Wow album and now comes with a bonus video of Rory Attwell larking about in New Zealand. Who could ask for more? KWC

Released on the achingly hip GODMODE, who have the ace ‘Sometimes A Man’ by Shamir on their discography, ‘New York 93’ is a much darker look at the clean, mid-BPM electronica the label is known for. We’ve heard this sort of stuff before but Yaeji´s claustrophobic vocal works really well. NB

Single-Minded: All Saints strike out 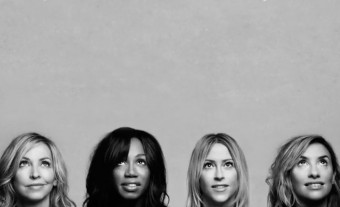 This week's singles column enters an unexpected time warp, with appearances from All Saints, Tweet & Missy Elliott, and a re-released synth-pop curio by Rexy...
Read More