Billed as the Afrobeat event of the decade, super promoters Soundcrash have outdone themselves with a lengthy line-up spanning decades of talent and creative diversity. Sharing top billing are two names synonymous with Afrobeat, Tony Allen and Seun Kuti, who will be performing with his dad Fela’s band – The Egypt 80. Rounding off the line–up are London’s own psychedelic funk band and DJ Shadow/Gaslamp Killer collaborators The Heliocentrics, Gilles Peterson approved Afrobeat influenced band XOA and a feel-good DJ set from Melt Yourself Down.

Seun Kuti has established a well-earned reputation as one of the finest live acts on the circuit. His high energy, loose-limbed and charismatic stage presence, coupled with the funky as they come & tighter than hipster jeans backing band The Egypt 80, has ignited dancefloors from here to Tokyo. Following in the footsteps of a music legend and national hero has proved to be a tough task for Seun Kuti and his older brother Femi, however both of them – Seun especially – have managed to step outside of their father’s considerable shadow to carve their own musical identity.

Now three albums deep and with a top notch live reputation to uphold, Seun Kuti & Egypt 80 Band will get even the most jaded gig goers shaking their rumps to their passionate and incendiary poly-rhythmic grooves.

The creator of the actual Afro-beat and someone described by Brian Eno as ‘probably the best living drummer’, Tony Allen’s standing in the music/percussion world is unparalleled. Having grown up learning the drums by listening to trailblazing jazz drummers Max Roach & Art Blakey especially, Allen’s set will centre around his homage to the musicians who influenced and inspired him. With his forthcoming Art Blakey tribute E.P coming out on iconic jazz label Blue Note Records later this year, this gig represents a great opportunity for people to see a master paying tribute to a fellow master and originator.

With tickets selling like hot cakes you’re advised to snap one up sharpish, as a line-up this packed with top-notch talent comes around about as regularly as Halley’s comet. Springtime in London will indeed start in spectacular style and those in attendance at the O2 Kentish Town Forum will be the lucky and much envied multitude. 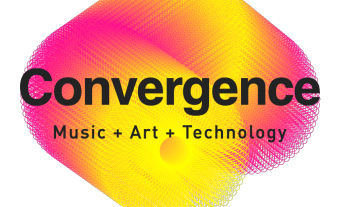 This year's Convergence festival is set to stir up London's live music scene once again, and we have tickets to two of the best events on the programme...
Read More