The third offering from Nashville’s All Them Witches is a beautifully crafted testament to both the worth and resilience of the album format. Like many before them, the four-piece retreated into the arms of solitude for inspiration, recording the songs that make up Dying Surfer Meets His Maker in a mountainside cabin. The impact of such an epic setting relentlessly permeates the record, with nature’s variety present in sonic form throughout.

Much as the individual locations that constitute a landscape are impressive when taken alone, there are plenty of tracks on Dying Surfer… that would sit well in any blues-rock playlist. It is however, when these songs are experienced in order and as an album, that the depth and layers reveal themselves, just as a mountain trail culminates at the top, with the valley laid out below.

The album sets out with ‘Call Me Star’, a slow finger-picked number that evokes Nick Drake’s Bryter Layter. The song builds in a meditative and restrained manner, never quite launching into the rockier psych jams heard on previous ventures. By introducing each member and instrument one by one it provides a fitting platform for the superb journey to come.

Track two, ‘El Centro’, takes a running psych-blues jump off this platform into a swirling but well-judged eight-and-a-half-minute instrumental. The song also yields the first of many production highlights. Mikey Allred’s more nuanced and slightly glossier slant is a departure from the lo-fi approach taken on previous records but it does ensure that Charlie Park’s superb bass work and its intricate interplay with Robby Staebler’s adamant drums are impossible to miss.

Track three and lead single ‘Dirt Preachers’ tumbles and pounds through its first two minutes with a driving rhythm section dovetailing Park’s mystical vocals. “Twist your fingers, called you a star, twist your fingers, holy one, calling.” After the psychedelic turns of ‘El Centro’, ‘Dirt Preachers’’ immediacy picks up the pace and harks back to ‘When God Comes Back’ from All Them Witches’ sophomore triumph Lighting at the Door.

Just as you’re settling into what sounds like the album’s first straightforward heavy-blues arrangement, the tempo stutters and drops into a haunting psych interlude. “Come all you hungry children into my arms, asking for nothing, asking for anything…” Park’s biblical drawl makes way for an ebbing guitar run that sees out the first standout track of the record. ‘Dirt Preachers’ then moves seamlessly into the first of two spoken word blues jams, ‘This Is Where It All Falls Apart’. Allred’s hand again comes to the fore with harmonica, organ and spoken word subtly woven into an extended piece that is totally engaging. Each listen reveals new highlights, with mystical themed mantras softly transporting you to mountaintop firesides.

‘Mellowing’ follows with three instrumental minutes of dual finger-picked guitars. Again, as with ‘Dirt Preachers’, the arrangement consistently deviates away from expectation. The layers of guitar wind and fall like a mountain road, leading you straight into the stand-out moment of the record: ‘Open Passageways’. It is these dynamic, deliberate and deft transitions that lift Dying Surfer… from a strong set of songs into an extended musical experience. Along with Nick Drake, the record includes early Bert Jansch and in turn Led Zeppelin’s ‘Black Mountain Side’ as softer reference points, all three swimming under the surface here in outstanding fashion.

The folk inflections present on ‘Call Me Star’ break surface again, but this time with beautifully arranged strings sitting atop the meditative cyclical guitar. Lyrically Dying Surfer… serves as a flick-book of mystical evocations, invested with depth and almost appropriated by the setting of their commitment to record. “All-seeing eye of God, pack up your tents to travel, through lowland countryside.” As the song builds to its crescendo the suggestion of a transcendental journey is realised through both the instrumentation and lyrics.

‘Instrumental 2 (Welcome To The Caveman Future)’ returns briefly to the psych drive but again this transition is well judged and does not outstay its welcome. ‘Talisman’, with its roots firmly planted in folk, swells into a surging blues psych-scape, Allan Van Cleave’s distorted keys bubbling through the mix and erupting into a concise guitar-led outro.

As the journey comes to a close all passageways lead to ‘Blood and Sand / Milk and Endless Waters’, the second spoken-word experiment on the record. For seven minutes overdriven guitars dissolve into fingerpicked uphill-climbs, which, once ascended, descend down into a valley of fuzz-bass and compressed drums, giving Dying Surfer… the epic curtain call it deserves.

In the era of singles and cherry-picked playlists, records like Dying Surfer Meets His Maker are vital in reminding listeners that while a great song is to be treasured, a truly great album is a journey to be travelled. 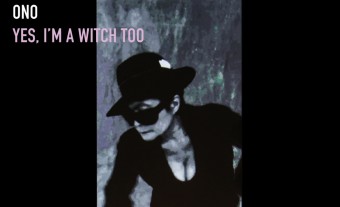