Remix albums tend to fall into three categories. First you have the one where all the tracks are remixed by one remixer – Scientist Launches Dubstep into Outer Space being a good example. Second you have the remix collection where an artist or producer starts with a set of samples and files, sends it to the first remixer who creates something new and sends whatever they ended up with to the next remixer and so on – Chinese Whispers on the Sprawl Imprint being a successful example.

Third you have the more common remix project whereby a bunch of different producers get sent the files of various tracks and come up with a reworking. This approach reminds me of the ubiquitous tin of Quality Street chocolates at Christmas. There’s something for everyone, some you will dislike or even hate, and one or two you will adore.

Yes I’m a Witch Too falls into category three. Billed as a collaboration between Yoko Ono and the various contributors, I wonder whether Yoko was actually hanging out in the studio with everyone here or whether they were just zipped the sound files. I like to think she was actually there but I have my doubts.

The album kicks off disappointingly with a new Danny Tenaglia take on ‘Walking on Thin Ice’. It sounds like midi ballad setting one was chosen on the music software de jour, inserting strings and piano behind the vocals and dispensing with any drums. Remixing this track was always going to be challenging as it’s probably Ono’s best-known tune, a disco/not disco classic and damn near perfect. But I can’t help wondering what an on-form DFA could have done with this, as when they pull out all the stops (Gorillaz’ ‘Dare’ or Jon Spencer Blues Explosion’s ‘Mars, Arizona’ spring to mind) delicious dance floor mayhem ensues. A strawberry cream of a mix. Not for me.

Death Cab for Cutie’s take on ‘Forgive Me My Love’ fares better with energetic breaks and chopped vocals making for a pleasingly disorientating ride. ‘Wouldnit’ (with Dave Audé) is an electro-house banger that is formulaic but rather fun, with rave piano stabs that will no doubt go off on the dancefloor. ‘Soul Got Out of the Box’ (with Portugal. The Man) is a downtempo treat, lush and epic.

‘I Have A Woman Inside My Soul’ (with John Palumbo) deserves a mention too. The vocal effect here makes Yoko sound like a benign discarnate entity singing from another dimension (if you were under the influence of a particularly good research chemical). The joys of a subtle Auto-tune. But, just as it builds and sounds like it’s going to take you into that dimension it fades out. What a tease. 12” extended version please.

I remember back in the pre-internet age when info was a rarer and more slippery commodity than it is today, my B-boy/Deadhead buddy D giving me the lowdown on Yoko Ono, explaining how she was a respected avant-garde artist before she even met John Lennon. Common knowledge now of course. The one thing this album lacks for me is any kind of nod back to those experimental roots. While all the work on here exudes quality it’s all very polished, professional, air-brushed. I’m craving a few nuggets of something challenging, uncomfortable, unlistenable even. Sneak some salt or chilli into one of those chocolates.

Yoko Ono is a singular talent with an instantly recognisable voice but as enjoyable and entertaining as this album is, I can’t help feeling that some opportunities for a little mayhem have been missed.

Kanye West - The Life of Pablo 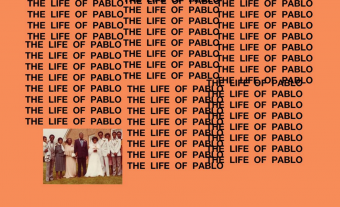 The Life Of Pablo is the most talked about album of the year so far - not least by Kanye West himself. But is it actually any good? Patrick Swift investigates...
Read More