Dirt preachers, dirty peaches, blakkst skn and the whitest boy at the beach: it can only be MPEGs Eleven…

All Them Witches – Dirt Preachers
Any video animated by Chad VanGaalen is pretty much guaranteed to earn a place on MPEGs Eleven. This clip for Nashville psychedelicists All Them Witches contains all the requisite alien landscapes and druggy demons, and the song’s pretty tasty too. We’re still impatiently waiting on that feature length animation though, Chad…
***
Björk: Mouth Mantra
The latest Björk video takes place largely inside her mouth, and is intended for use with Virtual Reality headsets. Well, of course it is. Still, you can’t fault an artist for constantly pushing the envelope, even if it is into their own gob.
***
Elliot Moss – Pattern Repeating
A beautifully arranged video for a beautifully arranged track. Director Daniel Howlid says it tells “the story of stark, latent family dynamics, where impotence, acceptance and hopelessness surface through the repetitiveness in our lives.” He forgets to mention that all the characters are green though, which gives this vision of suburbia a surreal finish, while the final scene is positively Büchnerian…
***
Erica Glyn – All Just For You
I’m a sucker for constantly morphing animated videos (particularly the sort that inspire YouTube comments like “wtf??? this video makes me feel dizzy!! i hate it!!”) Erica Glyn’s ‘All Just For You’, animated by Alexis MacNab, doesn’t quite have that nauseating quality, but the stark, shifting line drawings are still engaging and someone gets knifed at the end. What more do you want?
***
Fat White Family – Whitest Boy On The Beach
I’m still not totally convinced by the Fat Whites’ new krauty musical direction, but you have to respect any band willing to have their heads roughly shaved for a music video. The uneasy chemistry between Lias and Saul is magnetic, but more importantly the cinematography is fucking excellent.
***
G-Eazy – Sad Boy
I recently stumbled upon a copy of Julian Voloj and Claudia Ahlering’s gritty Ghetto Brother: Warrior to Peacemaker, a graphic biography of ’70s gang-leader turned peacemaker’Yellow’ Benjy Melendez. While the story is more relevant to Shan Nicholson’s recent Rubble Kings documentary (more of which later), visually its smudged, monochrome style is similar to the video for G-Eazy’s ‘Sad Boy’. Illustrated by Joonbug and animated by Applebutter, it helps bring out the track’s melancholy tone.
***
Meyhem Lauren – Money In My Pocket
Forget Bad Santa, Meyhem Lauren is Black Santa. Or, as it turns out, Wack Santa. For while the weather is unseasonably fine in his makeshift grotto, the gifts he dispenses – air fresheners, baby powder, unbranded potato snacks – are not. In fact, they’re the sort of presents your dad would pick up on Christmas Eve from the local petrol station. It proves a nice little earner for ML mind, so we can assume Christmas round his gaff was a festive affair…
***
Peaches – Rub
This one isn’t safe for work, but if you need telling that before clicking on a Peaches video then you deserve to get fired. This is a bit like what Mad Max: Fury Road might’ve looked like if it had actually been a feminist flick (loose double entendre intended) rather than just touted as one by turgid columnists (loose double entendre intended).
***
Rejjie Snow – Blakkst Skn
More lurid vagina action here as Lily Newmark pisses paint down a drain, turning Rejjie Snow gold in the process. No, seriously, that’s what happens. Additionally, this tune has really grown on me over the last few weeks, with Kaytranada’s smooth production emphasising that Rejjie is ready to move up to the big leagues.
***
Run The Jewels – Rubble Kings Theme (Dynamite)
I promised you we’d get onto Rubble Kings eventually. Here we have Run The Jewels’ main theme for the film, accompanied by a fittingly ’70s-style animation. It’s totally engrossing, and as the two rival gangs clash in a New York subway station, you’ll probably join me in wishing there was a feature-length cartoon to go along with the feature-length documentary.
***
Snow Ghosts – The Hunted
The dramatic production values of this twisted woodland scene is sure to get you in the mood for the forthcoming series of Vikings and Game Of Thrones (while the tune has also been used to whet appetites for the lastest X-Men movie). It also means we end this edition of MPEGs Eleven with not one but two examples of women exacting justice on male aggressors; with a hammer in the Run The Jewels video above, and with a toothy ‘ice jewel of Frigia’ here. Right on! 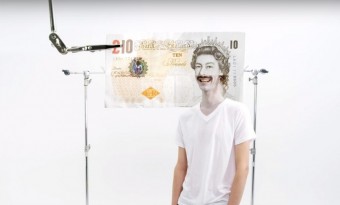 This month's music video round-up stars David Bowie, Donald Trump and a bunch of flesh-eating Barbies. Not all in the same video though...
Read More