On Friday night, this was an easy job.

As I sat on a train and let the music envelop me, it was clear what I was listening to. Cryptic lyrics and paranoid drums. Swollen saxophones and lonely voices. An album continuing my favourite of Bowie’s traditions, the dark, brooding and percussive thread that runs between Low, Earthling and Heathen, my personal touchstones.

This was exactly the sort of record I wanted to hear from Bowie, something strange and brooding. Threatening but broad, something to sink into. Heavily focussed on taut and brutal drums, and giving so much room for roving, skittering saxophone that sucks at you, overwhelms you.

An immense (in every sense of the word) title track, oblique and ominous at first but with a more direct mid-section, and then a final return that replaces the initial spasming rhythms with something slower, unwinding. A ticklish flute part. The drums occasionally haunted by a synthesised mimic. Nine minutes of weirdness, basically, and engrossing for it.

Then some 16th century whorephobia, laid over a breakbeat with a bucketesque echo, pulled together by a wonderfully expansive sax layer. Pulsing and punching and relentless, the second track could’ve approached a dance floor and covered it in fear.

Words and ideas poured into me as I listened on Friday. You see. A different world then.

‘Lazarus’ was another brooder, the saxophone simplified but still providing a heart to a lonely sounding piece. Bowie’s vocal breathy and occasionally desperate.

That desperation, reminded me of a favourite moment, the final portion of ‘Heroes’, a vocal of pure desperate fear with only the most uplifting lyrics. The perfect sentiment, expressed as a last, urgent hope. It’s worth listening to Aphex Twin’s striking Philip Glass Remix, just to hear that vocal part exposed (and manipulated some). It’s probably the most heartbreaking and emotional piece of pop singing you could witness. Stunning.

‘Lazarus’ has that. Had that. On Friday. It burned slowly through itself, moody and expansive and somewhat inevitable.

I think I listened three times that night. Maybe four. Followed it up with those touchstones. Heathen, Earthling, Low. I would’ve done Outside next, if I’d not reached my destination. I felt like Bowie was clearing the deck, ready to start a new phase. I wondered what he was going to produce next.

And then, of course, everything changed.

I got back on a train.

I found an entirely different album.

From the viewpoint of this side of Bowie’s life, Blackstar is something new. Something different. Something unique and strange and beautiful. I can’t imagine many people have had the chance to etch their own epitaph in vinyl, and distribute it two days before dying. It’s crass, but it feels like the most perfectly stage-managed performance of death.

Bowie appears to have nailed the punchline perfectly. He’s encased his demise in music, and gifted it to us.

My suspicion is that he expected this record to be posthumous. The whole thing feels like a message from beyond the grave. The death-obsessed paranoia of Friday night has changed to something utterly different. It’s strange though, to hear something change so fundamentally, because of something outside the work itself. I feel lucky to have heard it outside of this context, been able to approach it as an album, rather than a swansong.

But it stands up to both assessments. For an album so bleak and fearful on one level, it shocks me how reassuring it feels now. Maybe it’s just me. Maybe I’m hearing things.

It’s short. Seven songs. Of those seven, only three aren’t clearly and obviously and explicitly about death and the afterlife. I’m pretty sure they might still be. The ‘nadsat’ entitlement and 16th century tragedy are ominous enough to be part of it. The gut-wrenching immediacy of the refrain ‘where the fuck did Monday go’ feels significant and powerful. That sense of missing time.

(As an aside, I keep hearing one of the lines from ‘Sue (Or in a Season of Crime)’ as “Sue, I got your nose.” He’s clearly saying note, but I find comfort in the image of Bowie’s thumb wedged between two fingers, in an act of ersatz rhinoplasty.)

But elsewhere, we see Bowie as a bluebird, flying through the sky: “isn’t that just like me.” He’s in danger, he’s in heaven. He’s not a popstar, he’s a blackstar. He’s dying to. He’s trying to.

That obvious inversion of the harmonica part from Low isn’t the only shadow though; I also hear a memory of ‘A Better Future’ in the drum track. It’s so much more restrained, more automated than the drums on the rest of the record. And those two echoes seem so apposite. The new town, the better future. I feel like it has to point to something.

I don’t believe in an afterlife. Or at least, I don’t think there’s a point in believing in one. We can’t know it’s there, and so it’s not worth hoping for one. My hardline agnosticism does me out of hope a lot of the time. That’s fine. That’s the price I have to pay to keep myself sane. But somehow, this album sells me something.

Selling is the wrong word. It feels like an advert for an afterlife, but it’s nothing so crass. I think it might just be a hand on the shoulder. A dead man turns around, reaches out his hand, and offers you support. Of course it’s scary, but it’s here to help.

It’s the inverse of ‘Heroes’, in some ways. Instead of hopeful lyrics sung in desperation, it’s desperate lyrics sung in hope. It feels like an act of hope.

It would be mawkish. It should be mawkish. But it doesn’t feel like that. It feels like someone wrestling with inevitability, with the end of the world on a personal and structural level, and realising the obvious thing that is so hard to hold on to. It’s better to reassure, to hope and move on. There is no other option, really. It’s all too inevitable.

When Bowie approached this act of reassurance previously, it provided a nadir to the album Heathen. ‘Everyone Says Hi’ is such a tedious letter to a child. It appears Bowie had to get right into the face of death and darkness to be able to approach something deeper.

It’s an astonishing thing. “Something happened on the day he died, spirit rose a meter then stepped aside.” Bowie is a Blackstar. He sings it right at us. He has that darkness in him. He prays for redemption.

And so this record straddles the gap between illness and death. It marks the passing of a man so many loved. And it’s a fitting epitaph.

It’s also a knowing wink. Maybe an elaborate practical joke. A last enigma to tear at. The final shape of the constantly reinvented pop star art hero isn’t a body at all, alive or dead. He’s a blackstar.

I loved this album when it was just a glorious assemblage of drums and saxophones. I wasn’t sure I was sold on the verbiage, but that’s because I don’t really do lyrics that often. It was clearly a feat though. But this isn’t just an album, it’s a life. A death.

It’s going to sell. It’s going to be adulated about. That’s a truth. That’s clear. It’s huge. It deserves to be. It may well be what people need right now. I’m so glad that we have something so concrete and real to hang a memory on. Maybe I’m the only one who’ll find it reassuring, but I feel held by this record.

I lost a dearly beloved friend at the end of my teenage years. And one of my fondest memories is being out in the darkness of the void between two towns, drunk and stoned, in the middle of the night, and performing a ludicrous and no doubt terrible rendition of ‘Warszawa’ from Low. Bellowed operatic syllables and ominous downbeats. Bowie’s darkest moments are so engaging, so personal. So lonely, so human, so alien, so real.

If I was to go full mawkish, I’d picture Will and David now, singing the same piece, from a hole in the sky.

It’s not how it works.

But I think something powerful is being said here. A gift of music, as a farewell, something to remind you that as one thing is taken away, another is given. It was never really Bowie we connected with. It was so often his images, his noises, and what we turned him into. We can hear him wrestling with demons, and we empathise, but we don’t know what they were, how often he won, or if he did terrible, unforgivable things. Or if he was redeemed.

So he gives us a story about what he’ll become, a blackstar in the sky, tortured but reaching back. His music remains, something we can still hold in our hearts and touch with our minds. The idea of Bowie, the idea of Blackstar. We still have these noises, these reassuring sounds and images. Something to puzzle through and grasp at.

He gave us the image of a broken and lost man, trying to scribble down last thoughts, haunted, hiding in a cupboard while trying to be free. He gave us what he always gave us, songs to hear and sing together. 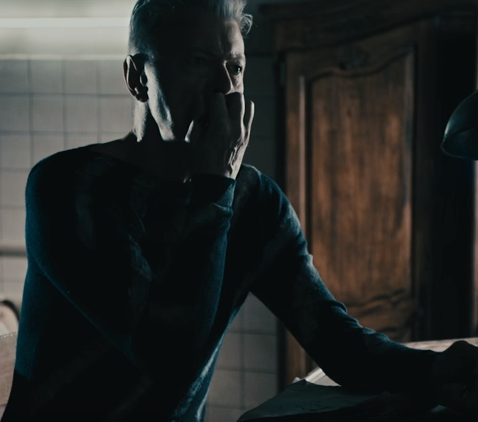 It’s still just an album, of course. A dark brooding thing, in the lineage of my favourites. I still love Heathen and Earthling with a passion, and this takes the drums and sax and urgency and refines them into a more concrete conclusion. It stands up as this. A position in the canon. One of his best, if you’re open to his late era. (It always felt like my era, to be honest.)

But today, I can’t help but here it as a psychic entitity. And I can’t help but feeling the hope and reassurance that felt so absent on that first listen. This is an album that meant something different a few days ago, and now means everything. That’s a shocking thing to experience.

But then so is death, and we all have to put up with that.

Few of us put up with it this classily though.

Thanks Bowie. I’ll look up at the night sky and see your blackstar for a long time yet.

Good luck in your new career, in that new town. 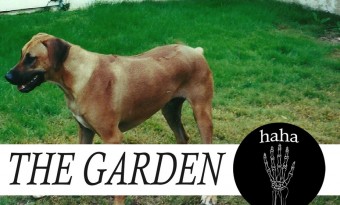