Allow me to present a theory: album reviews should come out at least three months after the album is released. This is ridiculous in some respects as the game of hype-before-release is binned. However, to get a balanced, nuanced understanding of an album (can we say LP again now?) one needs to live with it for a period of time. Listen to it repeatedly, at different times, in different states of mind. Only then can the findings be presented properly. Sorry music industry (such as you currently are), but these are the new rules. For me at least.

I first saw The Garden play by accident at The Great Escape last year and was captivated (happy accidents being the great thing about TGE). Quirkily handsome twins – one on bass and vocals, the other on drums – with a sound that, blow me, was bordering on original. In fact their idiosyncrasies made the audible influences more than the sum of their parts.

I saw The Garden again later in the year thanks to Girl Band cancelling a show the same night (I already had tickets), and they proved that their TGE gig was not a fluke. The Garden’s live show splits rock ‘n’ roll drums and bass with electronic D&B, complete with ridiculous dance moves and speaker stack climbing. I was so impressed I texted an old chum urging to catch them in Brum a few days later. He texted me after the show simply exclaiming “Fuckin’ ell! Not sure what I’ve just witnessed mate!” If you were to cross punk with Dada you might end up with The Garden.

I had to buy the latest LP, HaHa. I wasn’t disappointed. The Shears brothers summon a sound that reminds me of surf-punk, twisted rave, off-kilter electronica, absurdist poetry, noise-rock, cheese-pop, hip-hop, jungle and hardcore. That all this can be chucked into the mix and come out sounding like a consummate whole is ludicrous, but it does.

The lyrics often come across like a punk-meets-new-age self-help mantra, a bit of California shining through perhaps. The musicianship is virtuosic but raw, tight but loose, a constant stream of paradoxes. That it’s made by twins makes some kind of sense, a self-inhabited bubble presented to the world as a gift.

The sound is fleshed out with electronics and some overdubs, building on their sparser, more skeletal past releases. Added flavours make the ride more fun, and worth taking over and over.

I like the brevity of their songs. Less than two minutes is quite the norm. Occasionally hitting the three minute mark sounds like a saga. I like that it sounds so unselfconscious when it could have been just another join-the-dots between favourite records/artists/genres, as is often the way in our post-everything networked world. Hell, even my teenage son likes it and he hates everything I like.

I won’t break down the album into its constituent tracks and describe them, partly because I’m a lazy sod and partly because I want you to get your hands on this LP and cane it. They deserve it and so do you. 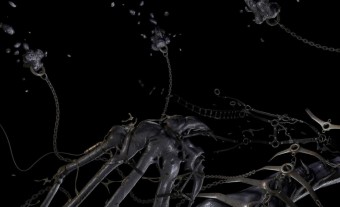