When it comes to easily-digested psychedelia, there seems to be something in the Scandinavian water. From Swedish artiodactyla like Goat and Two Camels And The River, to our favourite Danes Halasan Bazar and Sleep Party People, it seems the Nordic region is awash with pretty, heady music right now.

Is it a result of the inspiring local landscapes? The comparatively generous levels of arts funding? Or an abundance of retro guitar-pedal nerds? Who knows, but when bands like Gold Celeste are emerging to stake their claim as Norway’s premier exponent of the genre, you know that something good is going on.

Their debut album, released last month on the nation’s excellent Riot Factory records (‘Probably the most handsome indie label in Scandinavia’ as their website modestly puts it), has been slowly winning over fans on these shores. The Glow is blessed with a pure, glittering sheen, akin to waking up on a snow-blanketed Christmas morning. (After spending Christmas Eve drinking the urinary champagne of reindeer generously fed with Fly Agaric mushrooms.)

‘Can of Worms’ is a fine title for an opening track, although the worms on The Glow are more likely to be multi-coloured spring snakes; ones that don’t so much shoot out the tin as gracefully arc through the air, followed by shimmering trails. Simen Hallset’s delicate, high-pitched vocals help turn it into a sugary, Flaming Lips-style rainbow bursting out of candyfloss clouds. Much like the album overall, the only criticism is that it might be a little sweet for some tastes, especially over almost seven minutes.

They’re not all technicolour epics though. More brevity is shown on the several interludes that tunnel through the album, such as the sparkling acoustic arpeggios of the Bibio-esque ‘But a Poem’ and the groovy piano slumber of ‘Pastures’. Other tracks exude a similarly comforting psychedelic warmth as Gold Celeste’s Scandinavian cousins Dungen.

‘Open Your Eyes’ heads a little further south, resembling a Melody’s Echo Chamber version of the theme from You Only Live Twice. If anything it suffers from being a bit too much like a Kevin Parker production, especially after he’s shifted slightly away from that sound this year, although it’s harsh to criticise it for sounding too pretty.

The same goes for album highlight ‘The Dreamers’, which sounds like a Beach House song produced by Black Moth Super Rainbow. The verse is beautifully sad, like a lonely sheep watching snowflakes falling on a deserted valley, although the repeated ‘there’s no turning back’ refrain manages to put a brave face on it. The sleepy romance of ‘Grand New Spin’ is equally endearing, a lovely, rocking-chair-covered-in-blankets sort of song.

Echoing the opener, ‘The Start of Something Beautiful’ is a fine title for a closing track. I’m not sure how you manage to make something rousing yet soothing, but Gold Celeste should market the formula immediately. Or open a chain of spa hotels.

The proof in the psych-pop pudding is that every time I’ve put The Glow on in the office I’ve immediately been inundated by a slew of ‘who is this?’ queries. Perhaps the best compliment, however, came from a colleague in the second-hand record shop I work in on Saturdays – a psych professor who rarely shows anything but weary, ‘heard-it-all-before’ disdain for anything record released after Donna Summer’s ‘I Feel Love’. Having praised the album throughout, he immediately put it in his staff stash when it finished. Good work, Gold Celeste. 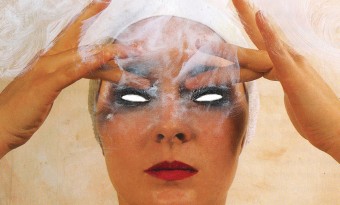 Luke O'Dwyer preaches a sermon on the mount of Hey Colossus, extolling the spiritual redemption offered by their second album of 2015: Radio Static High.
Read More