We haven’t done a news round-up in bloody ages, so in a tentative movement towards reviving a weekly column we’ve once again collated the week’s best (and worst) music industry stories…

I can’t remember why we gave up writing a weekly news column, but I think it was because music industry news became so depressing over the last few years. Who wants to look at endless graphs depicting plummeting sales every week eh?

Well if you raised your hand to that question, get stuck into this article: The Devaluation of Music: It’s Worse Than You Think. At first I was going to deride author Craig Havighurst as a bitter old curmudgeon, then I realised I agreed with almost every one of his points. Then again, I’m a bitter old curmudgeon too, so who knows? Still, when a 7″ reissue of David Bowie’s ‘Space Oddity’ was last week’s second highest-selling physical release despite selling just 670 copies (as revealed in this week’s Popbitch), you know you’re in trouble.

The devaluation of music may be why record shops are increasingly have to diversify into merchandise, live performances and the like to make ends meet, but none have been quite so imaginative as Ameoba Music. The legendary American music retailer has operated a cannabis clinic in its San Francisco outlet for a year, and now it plans to open a full-blown medical marijuana dispensary in its Berkely store too. Brilliantly, they’ll now be selling jazz cigarettes in what used to be the jazz room. “People are already getting stoned and ending up at Amoeba,” points out Brian Zisk, founder of the annual SF MusicTech Summit. “They’re going to spend four times as much [now].” Fair point.

Another flagging area of the industry is live music, and our friends at Sound Diplomacy have been working tirelessly to convince city authorities to preserve and nurture their fragile gig infrastructures. In his latest piece, Shain Shapiro asks whether music venues are as valuable as houses, and offers some impressive back-of-an-envelope calculations as to why that might actually be the case – at least in his example of Dalston. Take a look at the figures here.

Still, it’s not all doom and gloom: streaming sales have doubled in America, and technology keeps on showing us how innovation is lurking around every corner. This week’s discoveries include an app that allows you to share music on Instagram and a tent that uses ultra-reflective fly fabric and built-in fans (!) to keep from turning into the seventh circle of hell as soon as the sun starts shining. It’s clearly going to be a must for festivals, and you can donate to the Kickstarter here.

The next story particularly intrigued me, as it concerns an attempt to find out who selects the in-store music at Morrisons. As my local supermarket is a Morrisons, I’ve frequently found myself wondering exactly the same thing as I whistled my way down the aisles. I had no idea that the shop’s soundtrack had attracted a cult following though, nor that it even has its own dedicated Twitter account. Without wanting to give away a spoiler, I can reveal that the DJ’s identity is both somewhat predictable and somewhat disappointing, but it’s still worth a read.

A retail chain attracting less positive attention for in-store playlists is Poundworld, which is avoiding PRS and PPL fees by only playing royalty-free music in its 300 outlets. Apparently Poundworld will save £450,000 a year thanks to the move, which is an amount not to be sniffed at. On the other hand, considering shopping there is already depressing enough without having to endure shitty off-the-peg library music as well, maybe they’d have been better off just staying silent?

And finally, the most predictable news story of the week: Miley Cyrus and Flaming Lips are to perform a concert entirely naked. Suddenly I remember why we stopped doing this column… 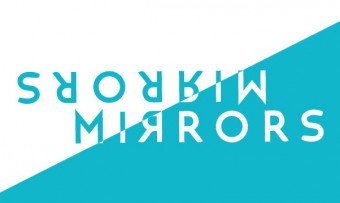 Fancy a one-day Hackney extravaganza without too much walking between the stages? Then peep at Mirrors festival, set to reflect a vibrant local music scene.
Read More