Whisper it, but from ‘Syko’ to Syv this might just be one of the strongest Single-Minded’s we’ve had to date…

From what I can work out this is the first release in quite some time to have the Mo’ Wax sticker on it; the legendary ’90s trip-hop label has long been quiet. It’s hard to tell how much quality assurance should be taken with that label stamp though, as co-founder James Lavelle sold the company off in 1996… ‘Murmur’ is actually quite a nice cinematic, anti-climactic gloomy arrangement, although Power does come across more as a trip-hop renovator than a trip-hop innovator. Nicholas Burman

Fresh Snow – Don’t Fuck A Gift Horse In The Mouth

A title like that deserves to bedeck a beast of a tune, and luckily the latest track to be unveiled from Fresh Snow’s imminent new album is indeed a powerful, cloven-hoofed, muscle-tearing monster. Featuring Fucked Up’s Damian Abraham retching his guts up over ten solid minutes of ecstatic, euphoric rainbow-kraut goodness, the only real problem is that at 10m45s it still feels like it’s over far too soon. Kier Wiater Carnihan

It’s fair to say Stockholm’s Josefin Öhrn + The Liberation aren’t lazing on this ‘Sunny Afternoon’; from the rolling toms to the pounding piano keys, this starts at a determined pace and doesn’t let up. Whether it’s enough for them to overtake Goat as the most madcap Swedish group on Rocket Recordings (let alone the truly pulverising new sounds suddenly emerging from their English labelmates Teeth of the Sea) is debatable, but the little staccato burst of distortion that repeats throughout the track keeps it all hung together satisfyingly. KWC

This is an interesting curve ball from Future Classic, who usually seem to be more interested in the high-octane and high-pitched gurn of artists like Flume. ‘Syko’ bridges the gap between the Aussie label’s in-house style and the more interesting (and noisier) end of electronica quite well, and although starting off as quite a moody tune it works itself into something surprisingly uplifting. NB

I feel like you can probably only do this song justice by listening to it while riding a horse through the Colorado countryside at dusk. Sadly I’m sat a desk in Shoreditch on a Thursday afternoon, but Kristian Harting’s latest still managed to imbue the staid office air with a wistful, melancholy wanderlust that’s sure to inspire people towards their nearest record shop (hopefully on horseback) when his new album Summer of Crush is released at the end of October KWC

‘Wut’ is one of the best tunes in recent memory, so any new Le1f material is always welcome. This is one of SOPHIE’s more favourable productions, although it still got me giving up on this tune halfway through more than once. However, Le1f’s playful and memorable delivery could probably polish even the worst production turd (and if the screechy chorus hook here is too much for you, check out the ace B-Side ‘Say Nothing’). NB

Pretty nice Americana-infused jazzy rock here, and that’s a sentence I wasn’t expecting to write. The stoner aesthetic is just right here, while the arrangement bounces from sci-fi prog to skittering drums to the best-worst sax solo of the year enough to make me want to re-listen. NB

The only thing that comes to mind when I hear the name Merz is an album cover with a butterfly on it that seemed to be advertised on every page of Select Magazine in 1999, and was soon to fill the racks of every second-hand record shop in the country. However, for some reason I don’t remember any of his actual music. Which, if it sounded anything like this, is a shame, as ‘Serene’ is exactly that – a blissfully fluttering, tranquil track that’s as delicate and colourful as a tropical butterfly. KWC

My admiration at Miley Cyrus’ balls for rush-releasing a suitably bonkers Flaming Lips-produced mega album is probably overshadowed by just how not-very-good the whole thing is. Saying that, ‘Karen’ is one of the tunes that works, not least because it sounds sincere and the further Cyrus can stay away from pseudo-anarchist flag waving and drug and sex puns the better. NB

Air co-founder Nicolas Godin’s forthcoming album Contrepoint is utterly insane, and this seven minute single shows exactly why. Moving from sax-soaked, afro-ambient eighties ostinatos to pulsating noir-jazz breaks (complete with, yes, Bach-friendly harpsichord phrases), it could easily be a total mess but somehow ends up being the best thing Godin’s produced in years. The challenge now is to find someone capable of making a film that can successfully sync to his ready-made fever dream soundtrack… KWC

Like some forgotten Disco Not Disco cut, ‘Two Point Nearly Zero’ is a great slice of post-punk bile with the right amount of electronic glamour. It manages to be nauseating and enthralling all at once – think that’s the best compliment I’ve ever given in this column. NB

Apparently new Black Butter duo Syv describe their sound as ‘music for your dad’s best mate’. I’m not sure what my dad’s best mate would make of this (he’s more a House Of Love man), but it’s going down very nicely with me. Starting off with some lush chords over a smooth house beat, it suddenly flips into something altogether filthier that’s certain to fill floors, even if it might make their dad’s best mate think again… KWC

Single-Minded: No one can step to Wiley & Zomby 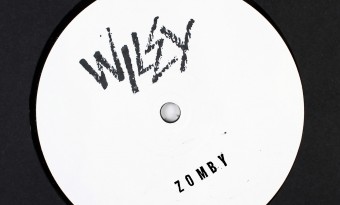 Wiley and Zomby prove a perfect match in the first Single-Minded since our summer lay-off, which sees us bombarded by new music from Mykki Blanco, Kelela and more...
Read More