Often when people send you tracks to premiere they turn out to be a disappointment. More than that – they radiate disappointment. The initial frisson of self-satisfaction inspired by the thought that someone has not only read your blog but deems it a font of such good taste that they consider it an unparalleled platform for new music, is soon dashed when you listen to the track and realise that they’ve clearly never read the blog in their life. Otherwise they wouldn’t have sent their 96 kbps EDM remix of the latest Justin Bieber single over for consideration.

Then, occasionally, you’re sent stuff that stops you in your tracks. Not because it’s so stereo-meltingly awful that you can’t conceive how anyone would ever want to listen to it, but because it’s brilliant in both exciting and unexpected ways. This new song by Tony Njoku has such extreme track-stopping capability it could derail a juggernaut.

Which is not to say it’s a loud, violent beast. No, ‘There Is No Way’ is a stark, tender, piano-based composition which places ancient mysticism and emotional clarity into its crucible and draws power from the resulting potion. Njoku’s soaring melodies and unusual tone suggest a kinship with maverick artists like Planningtorock and Antony; indeed, the way it progresses from solemn minimalism to rippling, expressive eruption recalls Antony & The Johnsons’ finest moment ‘Hope There’s Someone’.

The reverent atmosphere is perhaps enhanced by the setting – the song was recorded live in a Brighton church, as Tony Njoku recollects:

“The song is a very special one. I recorded it on a zoom mic in a church in Brighton. It must’ve been about 3 to 4 hours into a session there… it was coming to the evening of this rainy/sunny day. I didn’t realise as my eyes were closed but as I was playing this song people were walking through the room, and some sat to watch whilst I was recording (you can hear chairs moving during the recording as well).

Halfway through the song Njoku implores the mythical Greek figure Minos to judge him (don’t get too comfortable, as judge of the Underworld he’ll be getting round to you too in time). With evidence like this in his pocket, not to mention previous, more electronically-enhanced pieces like ‘To Escape’ and ‘From Lorca’s Balcony’, we trust Tony Njoku will win the old Cretan King over without too much trouble.

You can see Tony Njoku perform tonight in Brighton, supporting Rival Consoles at the Green Door Store, or at Underbelly in Hoxton on November 7th. 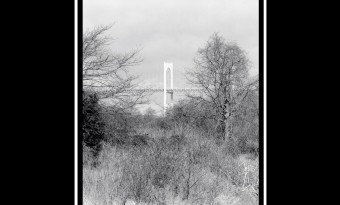