Over the past few years it seemed like everyone had converted to the church of DeMarco – apart from me. I didn’t get it. He seemed too goofy to take seriously, too slacker to keep a vested interest in. I dismissed it as throwaway and a passing fad. That is until very recently.

I was at work and heard Salad Days playing in our designer’s room. Synths blaring like Boards of Canada’s ‘Roygbiv’ tripping on acid and petrol fumes.

I soaked up every song on Salad Days and realised the error of my ways. Forgive me Mac, for I have sinned. The sin of making snap judgements about something without actually giving it a chance. Hey, welcome to the world of music critics! Salad Days has become my summer record, and just in time for his new release, Another One; a mini-LP announced almost one year to the day after Salad Days.

Although Another One still retains the uber-chilled vibes of his breakthrough record, it’s a large step forward in shedding his ‘slacker’ label. ‘I’ve Been Waiting For Her’ sounds cool and breezy – you can almost feel the wind blowing through your hair – while ‘Just To Put Me Down’ is Whitest Boy Alive at their peak of soulful funk, before they jumped the shark with bad cover versions and dad dance moves.

DeMarco sings like a horizontal Erland Oye: “She couldn’t be from down below / For if she was, my heart would know / And when it knows it just won’t go / Down.” He repeats the chorus refrain midway through the song, which becomes the outro over the gloriously unshackled sounds of joyous finger-picking/slap bass soloing.

It does sound as if the songs are a collection of ideas taken slightly further. Not so much demos but songs committed to tape with minimal fuss, perhaps why they exude a freshness and immediacy when listening for the first time. It’s no surprise really as Another One was conjured up entirely by himself in a short window between his unyielding schedule, at his new abode in Far Rockaway, Queens.

There’s a bittersweet, romantic sensibility present. ‘No Other Heart’ exudes the overall feeling of lost love as he croons “Then come on give this lover boy a try / I’ll put the sparkle right back in your eyes / What could you lose? Is it wrong? / To think my love could really help you / It’s simply just my stubborn heart no doubting away / If it’s not.” Later on, during ‘The Way You’d Love Her’, he harnesses the ’70s alt-rock and country gods as he wonders about life moving on: “Crying eyes won’t recognise the way she feels about him / She’ll just go on living / The river keeps on rolling.” It’s one of those records which touches on that love never found.

It can leave a taste of feeling a little too sorry for itself sometimes, but generally Another One redeems itself with some expertly crafted musicianship. The title track sounds especially mournful, like a funeral march inspired by Air’s ‘Playground Love’.

‘Without Me’, with its effect-laden guitar sounding particularly self pitying, sees him ask: “Will she find love again tomorrow / I don’t know, I hope so / And that’s fine, fine by me / As long as, long as I know she’s happy, happy / …Without me,” while on ‘A Heart Like Hers’ he sings with his voice strained so hard to keep in tune it sounds desperate and tortured, as he despairs, “Now look, look at what’s become, what’s become of poor old me / Tried, so hard to believe in something that will never be, never be.”

Thankfully DeMarco embraces the emotions rather than drown in them, and luckily it only borders the line of being an overly sombre experience for the listener. At times it’s evocative and affectionate, a bit more polished and less dorky, but still mischievous, all the while retaining the soul of his music.

Another One only enhances the armoury of DeMarco’s already remarkable collection and hey, if you want to show your appreciation, listen to the end of ‘My House By The Water’. There’s an open invitation to visit his new place, address included, for a cup of coffee. 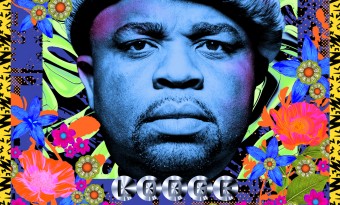 Shangaan Electro supremo Nozinja has released a rounded yet otherworldly album, which is to the genre what DJ Rashad's 'Double Cup' was to footwork...
Read More