Nozinja, the singer, producer, and don of the Shangaan electro sound, has released his first full-length through long-time home of esoteric electronics, Warp Records. Nozinja Lodge comes almost five years after Honest Jons’ Shangaan Electro compilation (Nozinja had a hand in most of the tracks) brought the sound out of the Limpolo region of South Africa to electronic music listeners throughout the world.

In this era of global music trends catching the ear of listeners far from where they are being produced, and disappearing just as quickly, it is reassuring that this record is coming out five years later and on such a revered label.

There is an obvious parallel to be drawn between Shangaan electro and footwork, with Shangaan being the less popular and (even) weirder cousin. Both made their global mark around 2010 with compilations on Honest Jons and Planet Mu’s Bangs & Works, after garnering interest via YouTube videos of intense and singular dancing designed for the totally new music that came from each scene (Shangaan electro deriving from traditional African music and footwork developing from Chicago’s Ghetto House scene). The main difference five years on is how much footwork has been absorbed into underground club culture worldwide.

It is the lack of bass which differentiates Shangaan electro from most club music, and this fact becomes clear on Nozinja Lodge, which is more polished than those early YouTube videos. There is very little low end here, with the tracks rooted in colourful melodies and twitchy percussion. This perhaps doesn’t lend itself so easily to producers from elsewhere, as there are none of the usual tropes to hang on to, just something intangible that makes you want to move no matter where you’re from. However, on this record it is clear that dance music from elsewhere has had an influence on Nozinja, with touches and flourishes reminding you this wasn’t created on another planet.

Nozinja Lodge begins as it continues with ‘Nwa Baloyi’, Nozinja’s personality looming large over the proceedings and chirped vocal samples skipping on top of skittering percussion. Plastic Midi melodies lead you off on an ever-accelerating journey with the soulful vocal giving a sense of yearning, quite an achievement at such a frenetic pace.

The record goes for one of its rare changes of pace on the second track, ‘Mitsheto We Zinbada’, as it shuffles along to a soca-style beat with a chorus of female voices. There is also evidence of a house influence on the cut up ‘ahhs’, which highlight the clash of digital and traditional in the way Nozinja makes his music.

‘Baby Do You Feel’ and ‘Tsekele’ also seem to suggest some lineage from the ecstatic end of Hardcore, with pitched up vocal snippets. While the former skanks along at a reggae pace, like eating a Mr. Freeze after too much sun, the latter speeds off on its ravey piano line.

‘Xihukwani’ feels like the most fully realised version of the many clashes of sounds and cultures within the album, featuring ascending and descending electro synth and house pianos, with little paper sweetie bags of snare exploding amongst the swathes of colour.

The record shifts down a few gears as it lowers the BPM again towards the tail end, which seems to be an attempt to ensure a symmetrically balanced album, as they aren’t the strongest songs that Nozinja produces. He’s at his best with the high-NRG sunshine tracks that propel the record along and keep the listener giddy throughout.

Nozinja Lodge bodes well for the future of the sound as it easily demonstrates that there’s enough diversity in the palette of Shangaan electro to produce rounded albums. This is to the scene what DJ Rashad’s Double Cup was to footwork. Although for all the footwork comparisons made, Nozinja’s music is at its most thrilling when it sounds like absolutely nothing else you’ve ever heard, created in his home studio far away from the club environment. It is music that can’t be replicated. 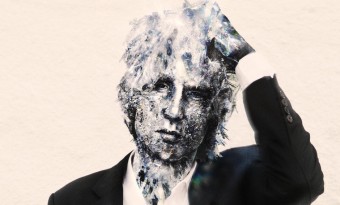 Nick Diamonds, aka Nick Thorburn of Islands and The Unicorns fame, invites us into his City of Quartz. Sure the rent's expensive, but it's bloody worth it...
Read More