The Times once famously reviewed Queen’s ‘Tie your Mother down’ with the quote “sheer bloody poetry”. We were so taken with this idea we decided a more direct link between music and poetry was needed. Hence our new feature, ‘Haiku Review’. 17 syllables of summary applied to some of the world’s best new music…

Frank Zappa once asked: “Does humour belong in music?”

It’s a good question, but we should also consider the reverse: “Does music belong in humour?” Furthermore, if we are to break the first law of Ghost-Busting and cross the streams, what sort of hellish West End musical might be invoked?

Madonna may be the Queen of Pop but watching her unleash comedy zingers on The Jimmy Fallon Show made me more certain than ever that it’s not just about the material, girl.

Comedians overreaching into rock and roll is equally tragic. Bill Oddie famously went full Phil Spector in creating The Goodies hit ‘The Funky Gibbon’, but despite the intricate disco-funk production, at the end of the day it was just a throwaway one-liner.

So call me stone-faced, but in general I’d say avoid the Stay-Puff Marshmallow Man and keep the two art forms as far apart as possible. Comedy relies on shock value whilst music by its nature requires repeat listening. Where they do work together it is because the subject matter is handled with wit rather than played for laughs.

Sparks have wit in abundance. After forty-plus years of musical infamy they have plenty of stories to recall and a unique sense of style seemingly from a forgotten age. They also retain a drive and vigour that many acts lose after a few turns. They have seen Glam, Punk, Disco, Synth-Pop and Rave all come and go without ever taking their finger from the pulse. They are more than just the elder statesmen of Art Pop.

Franz Ferdinand have always wanted to be more than ‘just a band’. Alex Kapronos is Glasgow’s bohemian success story, with his travel writing for the Guardian, opinion pieces in the NME and a willingness to talk ideas that few pop stars possess. I have always found his band quite hard going though. Like an art school party, everyone looks the part but it’s all a little too serious to be that much fun.

Yet when the streams are crossed, something magical happens and a mini star cluster is born. Sparks give Franz Ferdinand the quirkiness they have always been searching for. In turn Franz Ferdinand manage to reign in the dazzling excesses that characterise a Sparks production. To many devotees that will be a disappointing prospect, but for the uninitiated it will prove a welcome passport to exotic lands in the future.

It is the innate sense of humour that both bands display throughout this project that makes FFS such an unusual joy. A seven-minute track entitled ‘Collaborations Don’t Work’ proves without doubt that they can, provided the participants don’t take themselves too seriously.

FFS has the lyrical charm of Oscar Wilde, the art school chic of Andy Warhol and the deliciously dry delivery of Stewart Lee. It promises more than a smile on every play and retains musical credentials through its humility. 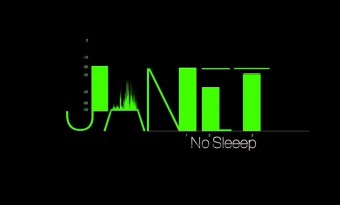