The Times once famously reviewed Queen’s ‘Tie Your Mother Down’ with the quote “sheer bloody poetry.” We were so taken with this idea we decided a more direct link between music and poetry was needed. Hence our new feature, ‘Haiku Review’. 17 syllables of summary applied to some of the world’s best new music…

The city is a cacophony. The screaming sirens and dull roar of traffic produce an inescapable metropolitan tinnitus. Sometimes I enjoy this buzz but occasionally I yearn to make it all stop. Having heard Nitin Sawhney play some of La Qualia’s new material on his Radio 2 show I felt confident that this hangover-friendly Sunday afternoon performance might just offer me the respite I was looking for.

The tiny time-capsule that is Wilton’s Music Hall seemed a logical place to escape the modern malaise. The venue’s historical chic was perfect for a musical performance that shunned the flashing lights of technology. La Qualia, a collaboration between Tom Colvin and Tina Grace, were joined by a large supporting cast including a stunning nine-piece choir supplied by London Contemporary Voices.

The full ensemble of fifteen or so took up so much room that latecomers were denied a chair for this all-seater matinee. Not that it mattered – soon we were floating in space as the Sun Ra-like choral element diverted songs of quiet melancholy spaceward. It was at once both disconcerting and familiar.

You can see La Qualia providing one of those enlightening moments that Later… with Jools Holland can still occasionally conjure up. The skills on display in the studio are often self evident but it always comes as a delightful surprise when the songs are laced with guile as well as craft. For about an hour I was happily shipwrecked with La Qualia.

Attention Required.
The quiet voice speaks volumes.
So pull up a chair.

Single-Minded: Prepare to get mashed to Tsunga's 'Maris Piper' 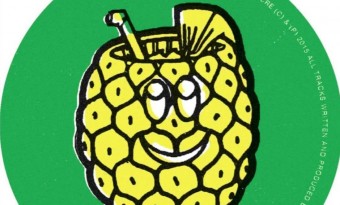 Another Black Acre banger courtesy of Tsunga gets our vote this election day, along with ace new music by Applescal, Chick Quest, Grimm Grimm and Ghostpoet...
Read More