Nordic Giants gave me two of my better live experiences of last year. Also one of the ones I talk about the most. Yes, it was the gig so overwhelming that two people fainted, one person ran away, and another emptied the entire contents of their stomach onto the back wall.

It’s quite a show. Their ‘mostly just the loud bits’ approach to post-rock, alongside their excellent set-dressing and costumery, makes sense. They are a dramatic band, emphasised by the wondrous, disturbing, unsettling and occasionally a little transhuman-kitsch short films that accompany them. Or that they accompany. It’s hard to tell.

They make a racket, it tells a story. And now they’ve got an album out. How do they fare, shorn of the dress-up and story time?

Well. It raises an interesting question. Should we still rate an album as a purely sonic experience? Should we be more prepared for multimedia experimentation?

Nordic Giants are nothing if not multimedia. My nearest Scandi tavern, the Northern Lights, stocks a Nordic Giants beer. They act almost as curators of experimental short film. They even managed to do a ‘to be continued’ the first time I saw them, that they rounded off the second time. They do gigs with cliffhangers. This is a media savvy group, doing genuinely interesting things.

But what about the album? Well. It’s shite.

That’s probably a bit harsh. It’s relatively accomplished, and starts off well. Well. It starts off in a way that builds anticipation, that only sounds a little bit like Enya sat on a keyboard. A synthy drone, a slow vocal noodle, and eventually a bit of swirling strings. It’s a by-the-numbers post-rock intro, right up to the mild crescendo, right up to the arrival of the horns, and then right up to the release in time for the next track.

It’s actually a bit of a treat, because it’s the only time the crescendo is really mild. The rest of the album does nothing mildly. There’s some lovely synth and drum machine intros, but as soon as everything kicks off, you’re into a pretty clear formula. Make a big, over-dramatic noise, cut it briefly for a spoken word sample or a breathy vocal phrase, then blast back in, ideally with slightly more instruments than before.

Two stories, to be a bit more precise about my objections.

Firstly, I was six tracks in to my second playthrough before I’d realised the album had looped back to the beginning. It all sounded samey enough that I didn’t really notice that I was listening to the same music.

Secondly, when my partner walked in, she assumed I was watching motivational videos. Something involving montages of whales jumping through the air, and people riding down verts on dirtbikes, before hugging their loved ones. Deprived of the actual cinematic context the pieces are written for, which tend to be dark and violent and nasty, the music becomes a little tawdry.

Emma’s criticism basically amounted to: “In any situation other than violent post-apocalypse, it’s just going to seem melodramatic.” The music doesn’t carry its own weight, which post-rock really needs to. There needs to be a depth beyond the dynamics, or it just sounds ridiculous. Bathos, basically. Like an opera about the washing up.

I’m probably being unfair. Actually, the thing about it being shorn of its visual element is working against it more than it should. I had expectations, I had a sense of what it could be. It falls short.

It’s not terrible. If you like your post-rock light and uncomplicated, but with lots of drama, you’re probably onto a winner. I imagine teenagers with far too many emotions will like it quite a lot.

And there isn’t a bit of it that is technically bad. The performances are strong. The production is good. The drumming is tight and imaginative.

But there’s something missing.

If I hadn’t seen the live show, I’d call it heart. But in fact it’s got too much of that. What it’s missing is something to love.

Benjamin Clementine - At Least For Now 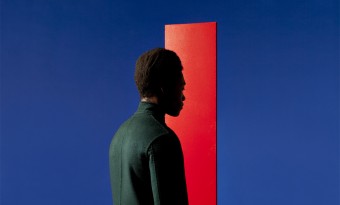 On his debut album Benjamin Clementine shows he's already concocted a style all of his own. Yet while his experimental song structures dazzle, does his sincerity occasionally slip into sermonising?
Read More