At the recent AIM (Association of Independent Music) event Music Connected, there was a lot of talk about pushing users towards platforms that monetise plays, and provide the option of paying for a service to enable a greater royalty rate. Platforms like Spotify and Deezer instead of the tried, tested and dreaded SoundCloud.

There was also a portion of blame aimed towards artists, specifically artists who simply want to get their music out to fans in the easiest, cheapest way possible. However, I don’t think people are giving enough credit to artists and how savvy many of them are. They want fans to hear their tracks, but at the end of the day they also want to make a living.

The real problem lies with the media, specifically radio. The format has survived the internet revolution with surprising aplom; some might even say radio is now even stronger as a result, thanks to the advent of listen-on-demand and associated podcasts. Yet in some ways music radio has failed to adapt to changes in listeners’ consumption habits.

Stations like Radio One stipulate that tracks offered for playlist consideration must be delivered 8 weeks before release, and one can only presume this is because they feel that once a fan can have their own copy of the song they won’t want to hear it on the show anymore. Indeed, as a rule in the UK, PR campaigns cease the day that the track is released.

This is insane! People tend to listen to the radio because they like the personalities behind the shows and trust their taste in music (or at least that of their producers). In a digital music landscape where access to a bewilderingly vast array of music is the norm, this factor can’t be overemphasised. People need their music to be cherry picked for them. This is why streaming services are increasingly looking to develop the curation and discovery side of their operations – witness Zane Lowe’s recent defection to Apple, ostensibly to improve curation at Beats Music and Apple’s own imminent offering.

For fans, however, this outdated system means they face 8 frustrating weeks, sometimes more, before they can actually buy or stream the track they’ve just heard on the radio. While this method worked reasonably effectively in the days where the industry was in complete control of distribution and was only at risk of a few radio promo CDs ending up in second hand shops, these days pre-release leaks are the norm. This is obviously changing with larger artists like David Bowie and Beyoncé not giving any warning of releases and getting instant radio play, but that’s not a luxury available to smaller independent artists.

The new generation of listeners expects anything they hear to be available on demand. Taking their lead from this, blogs and websites want to write about and host tracks as soon as they’re on the radio, or even before. However, because they aren’t available to buy or on streaming services yet, and because sites need something easy to embed to the website, they go for SoundCloud. With the industry constantly complaining about freemium, the almost universal use of SoundCloud is ridiculous. The issue isn’t helped by the fact PR teams wanting to get their tracks into the Hype Machine charts (another requirement for certain radio stations) need to supply SoundCloud embeds, as that’s what Hype Machine uses.

Other countries start campaigns as soon as a track is available on digital platforms. With the Global Release Date arriving on July 10th, we have a great opportunity to change our system to be in line with other countries. It’s the only way to treat fans to instant availability and hopefully increase the lifespan of a track too. The Global Release Date heralds a long overdue correction of an obvious flaw in the new music landscape. Why not correct another at the same time? 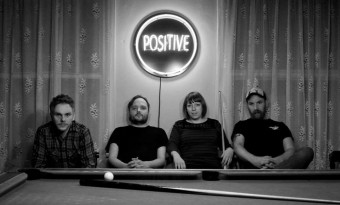