If you’ve been keeping any sort of eye on the music world this week you will be keenly aware of the current controversy surrounding multiple digital platforms’ ongoing battle against the music world (if you haven’t but you’d like to be, get yourself signed up to the Daily Digest, written in a succint manner by Motive Unknown’s Darren Hemmings).

Here’s a refresher. Essentially, Google and Apple have been sniffing around multiple music platforms, probably to compete with the competition (namely Spotify, which is becoming as big a player as iTunes). Not to mention Amazon, who are always up for grabbing a bit more musical pie (we’ve talked about that a lot here on The Monitors, check out this previous article as we’ll be bringing some points from that back up later).

So Apple are buying Beats, while people are steering well clear of SoundCloud, which is a company under more and more pressure each day to start paying streaming revenues. Amazon launched a music streaming service to tie in with Amazon Prime, which will give access to films and TV in much the same way Netflix does. This streaming service doesn’t entirely seem to be looking to take on Spotify directly though; more likely it’ll be an additional carrot to get people away from Netflix. It doesn’t feature any catalogue from Universal and no music from the last six months. As reported, Amazon’s VP of Digital said this about having no new music: “today’s pop often doesn’t hold much staying power.” Well, not with that sort of thinking.

The big news came on Tuesday (June 17th), when rumours of independent labels’ material being taken down by YouTube started spreading. YouTube haven’t had a great relationship with labels at the best of times; there’s been a huge battle over copyright infringement in Germany over the last couple of years, which has led to many music videos being blocked there. They’ve since developed a new deal to tie in with the soon-to-come premium pay-wall service, which allegedly offers a price-per-stream far below industry standard. Suffice to say, quite a few labels didn’t like it, turned it down, and now YouTube are allegedly planning to remove their content from YouTube altogether, “within days”. Labels potentially affected include Domino and XL – so no Arctic Monkeys or Adele videos in the near future by the look of things.

This is a big deal for a number of resons. YouTube has long been the biggest, if unofficial, streaming site in the world, and its royalties are poor. Very poor. Its success has grown considerably alongside the growth of content put up by labels and artists; whole websites such as Noisey probably wouldn’t exist without it. It gives a platform, sure, but it’s also the main beneficiary of all the income developed from the content. This is the same old story repeated, the power has been put in the hands of the supplier while the people making the content get next to nothing, while the millions made from investment and advertisement is creamed to the shareholders and executives.

There is something bigger at play here I think, and it’s similar to what was happening between supermarkets, big music stores and independent shops not that long ago.

On the internet, Amazon, Google and Apple are the big retail giants. They pay less tax, have more footfall and make more money than most supermarkets ever did, but they’re an equivalent comparison. Spotify is the industry-backed specialist, SoundCloud the slightly punk start-up, and they’re both hugely popular. Amazon have done their level best to monopolise the physical retail market, using entertainment (books and music mainly) as a loss leader. Apple did iTunes, which isn’t too bad, and their track record with music is better than most, but they’re obviously feeling the heat as the goliath that is Google moves in. Google Play has been somewhat of a failure, as has Google+; almost anything which isn’t just the searching tool has barely taken flight, apart from Chrome and YouTube (which they bought in 2006 – note it wasn’t a Google idea in the first place).

This bullying of labels to accept a less than adequate streaming fee from one of the biggest music outlets seems to be an attempted land-grab for more market share, while paying less for what the market is made of in the first place. It’s sad to see that once again big companies who rely on relatively cheap content from musicians and labels don’t value them or what they make, especially when it’s helped make them so rich.

One thing which hasn’t been talked about too much that ties in with this is the growing and very real threat of the end of net neutrality. As described in the above video, net neutrality is the principle that “all data is treated equally, no matter who created it.” Which is why so many social networks have come along and replaced previous ones. It’s a bit like if everyone on the high street had the same sized shop front. This neutrality legislation might mean the likes of Google, Amazon and Apple can buy faster space in order to overtake newer competition. I know that at least two of those three have signed letters arguing against the proposal to take neutrality away, but that’s probably because they know they’ll end up forking out to stay ahead of the competition if it was to become a reality. They’d have to compete, and at the moment they have the leverage and the money to do that.

Ultimately, the effect of what’s happening at the moment with streaming negotiations could be amplified multiple times as this moves forward, because that’ll be the end of the likes of Spotify suddenly revolutionising the world of music consumption, or the next Spotify or Google competing, and potentially making better offers to labels and artists in order to get them on their side. If a few key players can pay to be even bigger players, the people who make the music/films/books won’t have a chance of competing, and will be under pressure to take whatever deal comes to them. And at the moment that deal’s looking pretty shit.

Really, content suppliers should see the value in fairly funding music. Not only because that helps more new music come out of the woodwork and keep people interested in the product, but because if they don’t, YouTube could just end up like a supermarket shelf – it’s no wonder CD sales have declined so dramatically in recent years, have you seen how poor the quality of stock in Morrison’s is recently? The fans will drop away and the views will start declining. Basically, if they don’t support music as much as they rely on it they’ll end up with a digital desert; and what’s the value in an unused YouTube?

In a client newsletter delivered on Thursday (June 19th) by Believe Digital, they laid out their reasons for signing up to the new YouTube deal, stating: “From a detailed analysis of our current agreements with Deezer, Spotify and Rdio, as well as statements received from those services in the past year, our conclusion is that the rate offered by YouTube on the YouTube Subscription service is aligned on current market rates. Minimum guarantees per subscriber per country are also in line with market rates.” It concluded: “Are [issues on pricing] limited to YouTube? No, my personal view is that these are structuring marketing issues…” Which is a nice way of saying, “YouTube is about as shit as the rest, not more shit”.

For my money, the real issue here is that music has been turned into a largely soulless product where consumer-facing suppliers don’t really care about it. It’s being used as a bargaining tool to gain market share, with companies always looking to lower outgoings in that process. The best way to get out of this downward spiral of doom would be to remove music from the equation of big business altogether. Why not have a ‘Global License Fee’ for the internet, which ties in with your broadband subscription? A UK television-styled blanket license that runs in the interest of artists and film-makers. The public quite obviously wants umbrella access to media, that’s the whole point of the internet, so why elbow that very natural progression into shady business tactics? Let’s take away the threat or even the concept of ‘online piracy’, and the ability for people to profit off the back of other people’s efforts, and allow open access with an industry-set rate card dictating the revenue from streams. It might seem a bit utopian, but better that then watching new artists feel the brunt force of a multimillion-dollar company, time and time again. 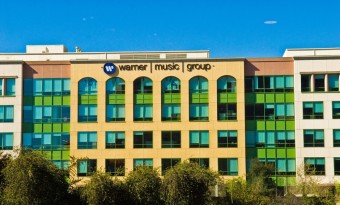 With Warner Music Group facing a lawsuit for failing to pay 3,000 former interns, the subject of unpaid internships is a hot topic once again. Are some young people effectively being barred from certain industries?
Read More