The Easter break put paid to last week’s Single-Minded, so now you have a flipping fortnight’s worth of tunes to get stuck into, starting with an entrée of ‘Future Bones’…

The trip-hop offbeat sits neatly underneath an echoey introduction before ‘Future Bones’ rises into a more neo-soul environment. The falsetto female vocals are reminiscent of a Tru Thoughts release, and while this improvisational musicality does have a tendency to flop, here the jazzy element works nicely.

Chastity Belt bring something of a fresh voice to the gender-political lo-fi indie spectrum. The heart-on-sleeve honesty serves them well and the “We’re just a couple of sluts” credo will easily turn into some sort of sing-a-long moment at teen house parties across the land.

Clark – To Live & Die in Grantham

Suburban British life hasn’t seeemed this claustrophobic and horrifying since Ben Wheatley got his mitts into semi-detached living. The gurning thump of ‘To Live & Die…’ is an echo to rave’s heyday, the relentless pace keeping it firmly in the ‘Tune’ category before the spaced out finale gives you some cool down time.

The roving bass riff and crunchy drums initially feels like they’re going to explode at some point into a real corker, and while the restraint eventually displayed (the track barely changes other than bringing in some bleepy synths) isn’t a turn off, for once I wanted it to last an extra minute and give me a proper kicking.

You just can’t escape grime at the moment, the new collaboration between Darkstar and Zomby sees them tackle the genre with a restrained approach on the production side of things. With the inclusion of the choppy, heavily edited tin drums and fluctuation noise element, ‘Quandry’ is a pretty, weed-induced take on the vibe.

The editor of this very site almost ended up on ITV the other night to talk about Jay Z’s new Tidal platform, before he was informed the Nigerean elections had bumped it from the schedule. The right decision to be fair, and Dele Sosimi would definitely agree. The one-time Fela Kuti apprentice from Nigeria sets out his self-determination and political goals on his latest single, optimistic lyrical content backed by bright Afrobeat tones.

If someone could explain the hype around this that’d be appreciated. The pre-chorus is the best thing about it, but the clipped minimalism of the chorus grates my ear buds. A song that reminds me of the bad old days when kooky electro-pop was packaged as ‘Nu-Rave’, and is now consigned to the dustbin along with my seventeen-year-old self.

Not surprisingly given the title, ‘Me’ is an identity exploring tune, delivered by a verbose Junglepussy over a jazzy, stoner hip-hop beat. “All skin is intimidating / Reflecting power held within / Quit the hating” being a particularly stellar line which makes the tune worth sticking on repeat.

There’s been a lot of old-school sounding electronica coming out recently with a heavy African timbre. While in the main it is just nice to hear different rhythms, more analogue sounds and mood being incorporated into the genre, the Turtles-sampling ‘He’s The Chief’ doesn’t pick up enough pace or do anything as vital as say (and we’re sorry/not sorry to always bang on about him) Clap! Clap!’s effort last year to make this either a pre or during party essential.

Gothic techno from R&S’s Lakker here. Deep, spiralling grooves create a mood which makes you think the spirit of ‘Bela Lugosi’s Dead’ is hiding there somewhere in plain sight. The midpoint break really cracks the song into a proper noisy, dystopian Godspeed You! aesthetic.

Most people think of Late Of The Pier along with Test Icicles as being the only bands worth remembering from the Skins/Nu Rave dayzzzz. Despite the former never fully living up to their initial primary-coloured promise, LA Priest does at least give one of the members room to grow. ‘Oino’ is a chirpy proggy tune, and while not fully up my street, is way better than anything many of his peers (Tame Impala, looking at you) have achieved with the genre recently.

Samo Sound Boy – What Can I Do

‘What Can I Do’ sounds more like an idea than a song, especially with the simplicity of the music. However, I’m always a sucker for choirs so the overly epic refrain wins me over a bit here.

Secaina Hudson – I Ain’t With You

I like this song, but it definitely, definitely came out last year. However, it seems she’s picked up some label support and been given a bit of production gloss (sort of essential if you’re going to be doing pop R&B) since it was first put out, so fair enough on the re-release. The soft house beat guaranteed to get most dance fans turning their noses up, the bouncy, girl-power chorus is enough of a reason for the rest of the song’s existence. And it also doesn’t break the ‘over three minute’ rule, so top marks on that.

Compared to Earl Sweatshirt, well, I don’t even know where to begin with the head of the Odd Future lot. This is totally different. I’ve never really got Tyler, although the only reason this is sort of grabbing my attention is because it sounds like he’s doing a recreation of Sam Cooke’s ‘Only Sixteen’ alongside a bonkers video which turns Mad Max in the final frames. Totally stupid but aware of itself.

EP Address - Hear the EPs that put a spring in our step in March... 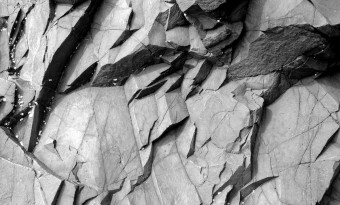