Staccato drums stutter around Amerie’s falsetto vocals in this latest tune, which sees her returning with Richard ‘1 Thing Producer’ Harrison. Harrison and Amerie obviously have a history of making understated bangers, and while ‘Out Loud’ isn’t exactly the most accessible pop tune of the year, it certainly packs an off-beat punch.

Released on Manu Chao’s Nacional Records, ‘Caribbean’ is a strange combination of Latin rhythms, bright (nearly PC Music) tones, hints of rave tunes and some MGMT-esque vocals. It could be horrible, but the wave of positivity which rises over the varying five minutes wins me over.

Xinobi adds a layer of melancholic techno to Bluehost’s latest. With vocals reminiscent of the Scandinavian set, discordant trip-hop keys and the nearly-there build, there’s plenty in ‘Tonight’ which’ll make it a nice building point in many a DJ set.

Chic – I’ll Be There

There’s a quip in this Chic ‘featuring Nile Rodgers’ track which goes: “I don’t want to live in the past but it’s a nice place to visit.” It comes about a minute after Rodgers samples his own tune ‘Everybody Dance’. ‘I’ll Be There’ is fine, in the same sort of way all Chic tunes are fine even if you’re not a disco fanatic in the first place, but it does make me wonder: “why?” The only conclusion I can come to is that the whole disco revival was starting to dry up a little bit so a fresh record to plug makes booking more summer shows likely. He’ll be there, alright.

The latest Dawn Richard album is an initially confusing but often gripping whirlwind of aesthetics in the best way possible. ‘Projection’ isn’t as joyous in its abandon as, say, ‘Calypso’ was, taking on a more neo-R&B vibe, but nevertheless it should get a few more people delving into Blackheart which is no bad thing.

Having never fully bought into the Odd Future lot I felt a little apprehensive about even vaguely critiquing a release from a stable of artists I seem to not really ‘get’. However, ‘Grief’ is a harrowing, dark, disparaging void – and I mean that in a good way. Coming along with a genuinely fitting and ghostly video (contextually more interesting than pretty much everything nominated for the YouTube Music Awards), Sweatshirt’s pensive delivery works perfectly with the minimal, crackling beat.

“You know I hear about you everywhere / I believe you’re in my nightmares,” Idea The Artist announces in the opening bars of ‘Seafloor’, a strange, nearly-shoegaze but heavily country-influenced tune. The vocal performance is certainly ear catching and the strange, almost vintage aesthetic of the musicality is eerily engaging. While the track itself fails to really go anywhere far from its starting point there’s plenty in ‘Seafloor’ to make us want to hear what she can do in the future…

With the return of Aphex Twin last year we all got a healthy reminder just how instrumental he’s been in setting the tone for electronica over the last couple of decades. ‘Joy Gem’ gleefully shares in this heritage of leftfield sparkle. Coming in at ten minutes long (currently not convinced it has to be that long at all), it’s not a ‘banger’ in any sense of the word but the growling, distorted vocal sample and retro synths instantly throw up images of dingy basement clubs.

‘Pale’s’ final movement incorporates a claustrophobic coda that builds on the goth-electro spookiness, but the wash of the rest of the track doesn’t quite do it for me.

Set this alongside that Idea The Artist tune as a gloomy retort. ‘Old House’ sounds like it’s from an atmosphere-building scene in True Detective – its veiled gospel influences giving the track some real ambience, and while I have no idea what the singer’s banging on about, Spectral Chorus have at least formulated a decent scene-setter.

Win tickets to see Lamb and Stealing Sheep at Farmfest! 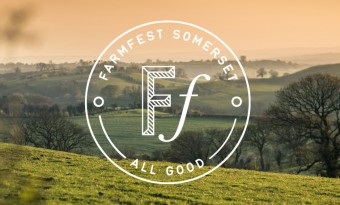 Britain's most bargainous independent festival Farmfest celebrates its tenth birthday this year, and you could join the likes of Lamb, Stealing Sheep and The Lovely Eggs there...
Read More