Singer Andy Lee helps get the party started on the Daft Punk meets Ed Banger blast of opener ‘You Don’t Need Me’, although the instrumental tracks pack just as much punch. ‘Want You Part II’ feels like a grimy Metronomy have been chained to the wall of a Berlin sex dungeon, while ‘1959 Chevrolet Racer’ could be the soundtrack to an imagined arcade game of the same name, all turbo thrust and distorted, pixelated chaos.

LA Rocksteady keeps his pedal to the metal on ‘Prequel’ (although not before stopping to let a stuttering Andy Lee back onboard), and seatbelts are undoubtedly necessary for the sudden acceleration towards the end. Closer ‘Queen’ meanwhile is a about as calm as the EP gets. Which is to say, not very. Daniel Livingston joins the crew this time, although it’s the cascading keys that really make it throb. Again LA Rocksteady isn’t afraid to mess with the tempo, and the dropped-down pulse towards the end takes the track into sexier territory.

LA Rocksteady’s 1987 EP comes out this Friday on Velcro / Xelon, and will be available to buy here. 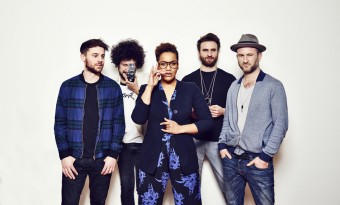