A couple of weeks ago we posted our favourite albums of the year so far, enough time for you to have listened to them all in full by now. You’ve done that, right? No? Then how the hell are you going to keep up with everything that’s going to be released during the rest of the year? Seriously, this week alone sees releases from, among others, AlunaGeorge, Ikonika and our Artist of the Week: E.M.M.A (check out our interview with her here), and things are only going to get busier…

Of course, we recognise that the hectic lifestyle many of you lead leaves little time for sitting back and leisurely consuming an album from start to finish. There are places to be, dinners to burn, hats to wear, people to pretend to like, drugs to regret taking, films to mean to see until you leave it too late and they’re not on at the pictures anymore and you have to settle for a shit BitTorrent download. So to save you time, and allow you to pretend like you’ve been paying attention over the last seven months, why not enjoy our ‘Best of 2013′ playlist? Featuring Monitors’ contributors favourite songs of the year so far (minus a few cuts, such as this, because it’s not on Spotify, and this, to annoy the person who suggested it. Heh heh).

We recommend listening on shuffle. Largely because we can’t work out how to sequence playlists on Spotify.

Of course, it hasn’t all been fun and games in the music world this year. Indeed, some right stinkers have been sucked round the u-bend recently, and it would be disingenuous to ignore their fetid, poisonous presence. Also, it’s fun to take the piss out of things. And so, without further ado, we present our least favourite albums of the year, mostly chosen by Nicholas Burman (so much hate for such a young man). They’re not literally the worst albums of the year, but they’ve been the ones that we’ve had most trouble escaping. And believe me, we’ve tried…

A success in the sense that at least Nile Rogers is able to go around festivals again playing his incredible greatest hits set. Listen boys, if I wanted to hear sub-par disco I’d fart on a bass guitar. And if I hear ‘Get Lucky’ once more before I die it’ll still be too soon. Sadly I’ll hear it every minute of every day until my ears bleed and I can’t hear anything else ever again.

Is this the most boring record ever made? Or just the most disappointing? It’s hard to tell. Between the dated ideas (which Mr Bowie himself had exhausted about thirty years ago) and the lazy concept artwork, it sounds more like a dodgy covers band than the original article (n.b. one of these tracks did make it onto our best of 2013 list. The good one. You know, the one that sounds like classic Bowie. Unlike ‘Where Are We Now’, which sounds like non-classic Elton John).

Talking about artists who sound like they’ve given up, Comedown Machine is the lamest duck since Porky Pig finally managed to get a decent shot at Daffy, leaving him laced with bullets and unable to even splutter a declaration of war as he lay slowly bleeding from several weeping wounds (can’t believe they banned that one, it was a classic). The drunken synth sound of contractual obligation, it’s no wonder the band themselves swerved promotional duties like politicians dodging searching questions from an irate librarian on Question Time.

Referencing East London within the first verse of the first track is like, so cool, dude! Apart from it’s not, is it. With all the poetic elegance of a secondary school band, Tape Deck Heart is full of the sort of folk-pop gooey romanticism which makes me want to puke. And why did he get a cover on the NME on Record Store Day? I literally have never heard a Record Shop owner suggest I should listen to Frank Turner.

What do you want from Nick Cave? Lust, sin and religious angst, right? Essentially the sound of a giant erection wearing a particularly spiky crown of thorns, wailing into a godless sky. Instead, Push The Sky Away gave us the sound of a wrinkled willy wearing a tea cosy and gently snoring to the sound of the shipping forecast. Push this guy away, more like. Eh? Eh?

Any mention of Nick Cave demands the visual accompaniment of Krent Able. Click the image for more. 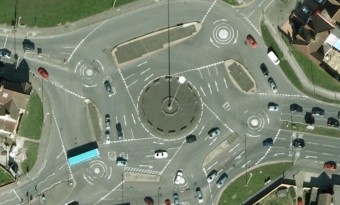 The problem with superstars proclaiming new business models, as recited by any band ever in 2013 to Nicholas Burman
Read More