The start of 2015 has already been marred by confusion, bloodshed and a painful reminder of the abominable, indecipherable braincrush that the lowest of humanity can inflict on the world. And that was just my first day back at work. Hmmmm, yeah, it’s not really the time for jokes. It’s probably a good time for effective escapism though, and the eponymous debut album by James ‘Ghost Culture’ Greenwood certainly provides plenty of opportunities for that. That may sound trite, but as I write this it’s helping block out a newsreader misery-to-camera piece about hostages and murder, and right now that feels very welcome.

It’s also welcome to begin the year with an album that would’ve easily placed among the best of the one just passed. That might not sound like the highest praise considering I spent most of today slating albums released in 2014, but it’s intended to be. All too often an artist gets the pulse racing with a couple of brilliant single releases, as Greenwood did with ‘Mouth’ and ‘Giudecca’ last year, only for the eventual album to reveal that they’d pretty much exhausted their creativity there and then. This record is so accomplished it not only fully delivers on the early promise, but suggests there is plenty left in the tank.

Perhaps this is why Greenwood feels confident enough to get the singles out of the way early on. The extended gurgling intro of ‘Mouth’ eventually drops into acid-laced synthpop so immaculate you expect it to admonish you for not having applied your eye-shadow correctly. ‘Giudecca’ follows hot on its heels, and still sounds as damn fabulous as it did when we first wrote about it. And yet somehow the quality simply refuses to drop, like a smug kid hogging the diving board.

The voluminous bass and spiky hi-hats of ‘Arms’ would’ve ruled the dancefloor back in the heady days of Fischerspooner and Trash on Monday nights, and indeed several tracks here recall the likes of Colder, Whitey and WhoMadeWho. Which probably explains why Erol Alkan, the man behind Trash, signed Ghost Culture to his Phantasy label after hearing just one track, the blissful, bleepy ‘How’. Apparently he described it as “what The Strokes would have sounded like, had they been produced by Delia Derbyshire,” which is actually a pretty accurate description despite making it sound potentially nauseating.

Alkan must have been delighted when he realised that there wasn’t a single stinker in the rest of Greenwood’s material either. ‘Glaciers’ is a dreamy waltz that could’ve blossomed from a slumbering Metronomy, ‘Lucky’ is a fruity thumper with some of the juiciest acid flickering of the whole album, and ‘The Fog’ fades out proceedings with gorgeous synth-clad grace. Another highlight is the joyously spacey ‘Answer’, which begins as amiably clipped electro-pop before expanding into a glorious acid house grooveathon.

The production throughout is almost inconceivably flawless (perhaps no surprise when you remember that Greenwood engineered Daniel Avery’s Drone Logic), while the soft, carefully enunciated vocals manage to carry melodies without ever unnecessarily dominating the other elements. Such a deft, measured approach explains why this album manages to surpass even my own high hopes with aplomb.

It’s a shit world sometimes. That much hardly needs pointing out right now. But good music, along with the space and safety to enjoy it, reminds you that life is worth living. This is good music, and I’m glad Ghost Culture put it out this week. Maybe 2015 won’t be so bad after all. 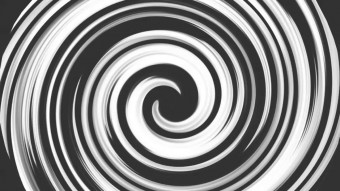 It might not be anything new, but once again a release from Radioactive Man ends up being so damned satisfying.
Read More