In his book ‘Pieces Of Light’, Charles Fernyhough describes the process of recalling memories as less like flicking through screen shots and more like piecing together individual elements, like in a dolls house, to build a thereabouts recreation of moments from our past. It’s in this vein of piecing together parts to form a whole picture that Panoram draws from as the academic basis of his second record, Background Story.

Described in the press release as ‘a meditation on the nature of memories and reality’, the producer muses: “this process [of remembering] is an unpredictable journey in which we face a complex puzzle made by our own manipulations.” And while all this sounds hugely pretentious, he has managed to sum up the atmosphere of the first release on his own Wandering Eye imprint.

‘Anamnesis’ is a brief prologue to the rest of the LP, displaying a slightly harder kick than the other tunes allow for; although with the bursts of flutes and clanking keys, Panoram’s jazz influences are displayed from the off. The title track, and truer opener to the record, is a much more dreamy affair, as echoing piano pierces distorted silence, hinting at a musique concrète approach. Meanwhile, ‘Black Milk Shower’ brings us back to consciousness with the clatter of an industrial snare and spoken word samples reminiscent of The Books.

These more synthy textures continue with ‘Dead Plastic’ and the half-time skank of ‘Fog’. It’s the sound of smoke swirling around a TV screen in front of glazed eyes in a million bedrooms around the world, heartbeats just about audible with the boom-clap of the looping percussion.

The final half of the record feels more like hypnosis than music, reminiscent of the Jon Hopkins and King Creosote collaborations, or even last year’s Anenon LP. Finishing with the six-minute ‘You Are Correctly Lost’, squelching effects bubble through a softly strung acoustic guitar and just about audible choral harmonies which boil into a sweet distance.

Away from the more poetic side of the record – and the whole thing passes by at a seemingly quick pace – the moments of more avant garde, glacial effects soothe you between the less comforting synth interludes. On the whole, Background Story is a solid piece of narrative album building, despite it never actually saying anything. As with the best jazz-electronic genre-melding, it leaves just enough sonic space for your own thoughts to drift off, and in the process manipulates your memories into sun-soaked, dreamy affairs.

Warhorse – As Heaven Turns To Ash 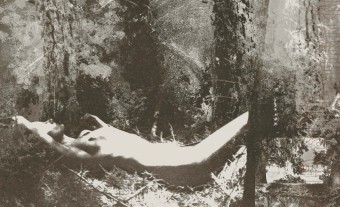 Nine out of ten warlocks love sadly defunct doom-rockers Warhorse, and so do we. So praise be to Southern Lord for re-releasing their classic first (and only) album...
Read More