Bad Guynaecology, the second album from London based-four-piece Bad Guys (for the always excellent label Riot Season), deals with some serious and heady themes during its 40 minute running time. ‘Crime’ is a deep psychological exploration of the evolving thought processes transpiring in the mind of a desperate and troubled kleptomaniac. ‘Prostitutes (Are Making Love In My Garden)’ paints a sensitive portrait of the practical realities and dangers of the illegal sex trade in modern suburban society. ‘Motorhome’ is about mobility, freedom, living in a camper van… and fucking.

Psychological explorations? Sensitive portraits? Ha, only joking you mad fool. This album is as philosophically deep as Bono’s eardrum. It’s called Bad Guynaecology for fuck’s sake. If you were expecting Baudelaire or Bertolt Brecht then you’d be in for a very rude surprise wouldn’t you, with that title, a very rude surprise indeed.

Seriously what were you thinking? Honestly, some people.

Anyway, back to the superb rock album Bad Guynaecology. Cheeky album opener ‘Crime’ is actually about having your parents refuse to buy you a Tonka toy truck. We all want one of those right? So what’s the next logical step? Well obviously it’s to nick one from the local Toys ‘R’ Us. So sort of what I said in that first paragraph but without the clever-sounding word bumpf. I’m not a total liar; I’m just a twat.

As an aside, I’m not sure if the song’s protagonist is a spiteful child or an insane adult man still living with his parents, coveting shitty plastic toy cars. Either way the stealy git gets what he wants. Gravel-voiced singer Stuart bellows the final father-son revelation in chilling fashion as guitars and drums punch holes into your face:

It ends with the finger-pointing chant: “You should’ve bought me the truck… you fuck!”

Well we’ve all been there, aye? Lesson learned. It’s a belter of an opening track and gets you right in the mood for the 7 other bludgeoning slices of filthy rock to come.

Lyrically the album continues where ‘Crime’ leaves off, its grubby tongue jammed so far in its cheek it’s actually poked through the leathery skin and is passionately licking the unsuspecting person sitting next to it on the tube (to Chorleywood no less). To make matters worse this tongue is made from bits of gaffa-taped shards of piss-smeared broken glass. Tasty necking.

Musically though, this album rocks like a staggeringly violent Judas Priest fan in a Sleep baseball cap, tumbling drunkenly from one metal/rock style to the next. Triumphant twin-necked guitar parts, pounding drums, gnarly bass and the insane bellows of a maniac all duke it out for pole position.

‘World Murderer’ is an absolute beast of a doom/sludge banger. It’s absolutely immense, all dirty Sabbath riffs and apocalyptic crashing drops. If you listen to any song in the next 3 – 4 minutes then this should be it. It’s ace. Demonic vocals are coiled out over the top like some sort of demented black magic shaman doing a shit, before the song erupts into full-on classic heavy metal territory and on-the-edge throat shredding. Bad Guys clearly know their metal forefather heritage and give it a jaunty wink.

‘Succubus’ and album closer ‘No Tomorrow’ are pure chugging ’80s metal, like an angry Iron Maiden. Just imagine if Bruce Dickinson was told he couldn’t be a pilot any more. Poor Bruce, Imagine him kicking off in an airport departure lounge, smashing the place up in wild gopher-man fury. Go on imagine it, treat yourself. Well this sounds like that but in musical form. ‘Reaper’ and ‘Motorhome’ are classic thrash. Hardcore punk drumming and hammering bass, just the way momma used to make it.

If Lemmy fell off his favourite barstool one evening, booze addled and looking for a quarrel, then he’d probably whack this on his walkman to get him in the mood for a dance (no Nolan Sisters for him, no). Bad Guys play loud, sludgy metal-rock, filled to the brim with big riffs. Lemmy would be proud I tell you. They may take the piss lyrically but they don’t fuck about with the songs.

Bad Guynaecology is a fucking great record and sounds like it was a blast to make, by a band that take their music seriously but also know not to take themselves too seriously. Which is why, despite its silliness, its songs about stolen toy cars, people having it off in your garden, and men who wrestle snakes, underneath all of that, this album will absolutely kick your fucking teeth in.

And I’m not lying when I say that. 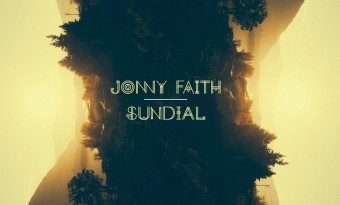 Australia-based producer Jonny Faith has knocked up the best Antipodean summer album since The Avalanches. Just a shame it's still winter over here...
Read More