Thirty Seconds To Mars, a band known for precisely nothing over than managing to survive and grow like bad acne despite merely being a vanity vehicle for actor Jared Leto, have set up a special competition for their teenie fans…

The competition form on their site reads:

“Pre-order your copy of LOVE LUST FAITH + DREAMS for a chance to be one of 5 WINNERS who will receive an exclusive invitation to THE LAB for a magical night we are calling… THE SLEEPOVER! … Still want more? … 1 OF THE 5 WINNERS will spend the night at Jareds house IN Jared’s very own BED.”

Call me sensitive, but asking someone to buy your record so they can, maybe, spend the night in your illustrious presence, and perhaps even underneath your sheets is very, very odd. It’s almost like you’re pimping yourself out because, if your music ain’t good enough, why not just sell yourself?

Not to accuse the band of something they haven’t done, or would do (though you’re thinking it), it is hard to imagine who went: “Actually, yeah, my fans would love nothing more than to spend a night in my company”. Who’d want to spend a night with someone with that kind of mentality?

Velvets and Radiohead on Wooden Records 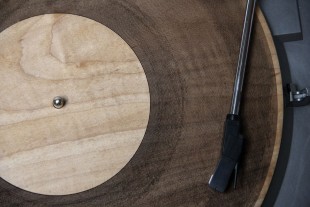 3D printers have barely been around for five minutes and already sick fucks across the globes are utilising them to make not only working firearms but models of real live foetuses. So it's good to know that some more tasteful types are exploring more pleasant applications of the technology, such as these wooden records. Designer Amanda Ghassael showed taste as well as impressive technical skills by cutting The Velvet Underground's 'Sunday Morning' onto Maple (weirdly, we've coincidentally listened to that album about five times in the last twelve hours. Although not on wood, admittedly). Below, you can also hear a wooden version of Radiohead's 'Idioteque' too. Admittedly, they do both sound pretty shit, but I'd rather live in a world full of slightly ropey Velvets records than a world of gun-toting foetuses. But maybe that's just me...