If you pick it a scab it will stay open. I know I’m not a doctor, but that is true. It will stay open and continue to seep until it is able to crust over. If you keep poking at it, it will never shell. Musically that’s what Oozing Wound have done with their nonchalantly titled new album Whatever Forever.

The weeping gash that was carved open during 2013’s Retrash and last album Earth Sucks has been cracked opened once more, allowing Oozing wound to rub their metallic filth deep into the gaping pus-hole.

Whatever Forever is 10 songs and 48 minutes of straight up fast-paced scuzz metal and once ‘Rambo 5 (Pre-emptive Strike)’ kicks off you know it’s business as usual and that Whatever Forever won’t go on to disappoint.

‘Mercury In Retrograd Virus’ hisses with a venomous spite, like that of a really pissed off cobra. I mean really pissed off yeah? Like: ‘I’ve turned the inside packet of your muesli upside down and put it back in its box, so when you take it out it spills everywhere’, that kind of pissed off. This aggro continues through to the eight-and-a-half-minute centrepiece ‘Weather Tamer’ – a slow building drum intro is rudely brushed aside by devilishly oscillating guitar work. The track’s final four minutes are a slow disintegration into visceral psychic muck as the track unfolds itself and crumples into a steaming pile of screeching bile.

The fantastically named ‘Everything Sucks, And My Life Is A Lie’ is a midway highlight, slowing the breakneck pace of Whatever Forever down to a sludgy, angsty morass. Following that, ‘Eruptor’ thankfully does what it says on the tin. It builds for two minutes before vanishing in an acrid puff of jack-knifing chug guitars that merge straight into the triumphant opening pound of ‘Tachycardia’.

‘You Owe Me, Iommi‘ is a gentle instrumental lament which feels that, though its tongue may be firmly licking about the insides of its cheek, it was recorded on the moon circa 1988.

The furious noise rock of closing song ‘Sky Creep‘ is my personal favourite. It’s fucking intense and a great example of Oozing Wound’s balls-to-the-wall punk-metal gumption, and by ‘balls-to-the-wall’ I mean it gleefully takes the soft skin of your naked genitals, be they male or female or neither, and staples them using an oversized industrial nail gun, to the nearest brick embankment.

Which is, let’s be honest, a lovely way to spend an evening and if you are going to have a constantly leaking flesh-chasm, what better way to fill it than with Oozing Wound’s putrid muck. Rub it in deep. 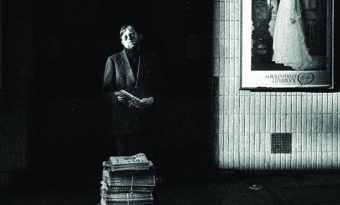