Every year we do a round-up of the most disappointing albums of the year, and Strange Dreams by Alex Calder is already a strong contender to make this year’s list. Despite the fact it was actually released last year. Which is sort of the problem.

Confused? So am I. Having been totally under Calder’s slunk-core spell since the release of his Time EP back in 2013, it’s been a long wait for his debut full-length to appear on Captured Tracks. Luckily, upon first play after its release last week, it immediately seemed worth the wait – each track sounded like an instant classic, like I’d already enjoyed it a dozen times before.

It didn’t take long to realise that was because I had heard them all a dozen times before. A quick scan revealed that actually, yes, I already had every track on Strange Dreams on my hard drive. And they’d been there since last May. How? Well, it turns out this Strange Dreams is extremely similar to the Strange Dreams released digitally (and on cassette) by Little Records last year. Two tracks are different, some are a little shorter, and at least one has been re-recorded, but flipping from the ‘new’ to ‘old’ versions reveals very few differences elsewhere.

In some ways I shouldn’t have been surprised. Calder’s modus operandi is as lo-fi and idiosyncratic as his music. He releases a steady stream of demos and EPs via Bandcamp, either under his name or his Mold Boy pseudonym, and often the same tracks will appear across several of them in different forms (the title track from Strange Dreams, for instance, first appears as a Mold Boy single in December 2013).

In some ways this, along with his endearingly goofy social media presence (see album teaser below), is to be applauded; it provides a consistent connection to the artist in a way rarely witnessed since Bradford Cox (an artist who shares Calder’s gift for warped pop songs) stopped uploading blogs and mixtapes every five seconds. However, it also means that you may end up buying virtually the same song several times, and the fact he doesn’t really hold anything back means that releases that should be exciting – a ‘debut album’ for instance – end up something of a damp squib.

Having said that, the album itself is (still) fantastic. After the self-effacing opener ‘Retract’ shuffles in slightly sheepishly (albeit dressed in the type of freak-lounge finery that could’ve come out of Connan Mockasin’s wardrobe) Strange Dreams hits its stride with the tremendous triptych of the title track, ‘Out of My Head’ and ‘Memory Resolve’. ‘Out of my Head’, one of the tracks not on the previous version of the album, is perhaps the best, adding a dash of dissonance and some coiled spring tension, while the tranquillised vocals on the latter seem to drip down as slowly as pitch.

The sedative effect can get a bit too soporific at points. ‘The Morning’ is definitely the sort of dawn reached without sleep, sounding like a dim oil lamp that’s about to go out, while ‘Marcel’ and ‘Lola’ don’t so much sound like the sort of songs he could knock off in his sleep, as ones that he actually did.

Calder awakens from his slumber a little with ‘No Device’, a powder pink carousel of sweet keys and soft chimes showcasing the same kind of un-spooled cassette tape pop that Ariel Pink once specialised in. Caitlin Loney then provides some clipped, chirpy indie-pop vocals to ‘Life Purpose’, a well-judged duet that adds a splash of aftershave to the album’s otherwise dusty cheeks.

Calder claims that he wanted “simple pop songs that weren’t too over thought or layered with effects too much” on this album, and ‘Life Purpose’ is probably the best example of this, shining where the album’s closing tracks merely flicker. At the same time, it’s still a slight shame he seems so keen to avoid the “warbly out of tune sound” of the Time EP, which gave his baked ditties a touch of something otherworldly.

Perhaps by continuing in this vein Calder will secure the sort of success his old Makeout Videotape mate Mac DeMarco has garnered with a cleaner sound. Either way, if his next album is as good as Strange Dreams then I’ll be happy. As long as it actually is a new album, rather than literally just Strange Dreams all over again. 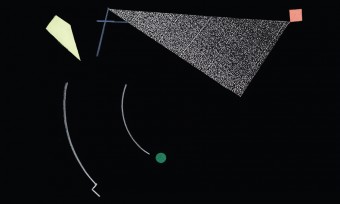