We like Radioactive Man. We probably wouldn’t be reviewing this if we didn’t. If you like Radioactive man too, you’ll probably like this. No huge departure from what’s come before, and not without the sort of niggles that can annoy philistines like us in a small way. Tunes a bit long sometimes and one of the five was a bit crap, but other ones remind us why we’ve been fans for so long. That these aren’t massively different from previous efforts might also explain why he doesn’t seem to pick up too many new fans. While a recent trip to his gig at Power Lunches in Dalston showed that he’s still got it, it also showed that the crowd were the same people populating his dance floors in the early noughties. Just less of us now, as we’re a bit old for going out quite as much as before.

The first track on this is nice, and distinctive of what to expect from Tenniswood these days. Would you complain that it bears a few similarities to ‘Flying F**k’ from his 2012 Engine EP? Nah, if you’ve got a good formula keep them coming. And to be fair the acid filter does set this apart. Lovely and epic slow build, his hallmark synth strings, tried and tested layered structure, and long. See him live if you doubt the formulaic structures, complain about them if you want, say a big thank you if you like to mix machine funk such as this though. Makes your job a hell of a lot easier.

The second track, ‘Space Raider’, is nice; it’s swung and it’s punchy. Like this type of music, and your toes tingle when they give a track a name like this. Not much more to say, very decent tune though. Wish I could say so little about the third track. One of his pop attempts, annoying, and to us: boring. Feels like it’s conspicuously missing some female vocals; maybe this was to prevent it going full cheese. In for a penny in for a pound though, if you’re going to go near these waters you might as well make a decent fist out of it and release your inner catchy. Hung for a sheep get hung for the flock might be a slightly less laboured metaphor, and he’s hung himself out to dry with this one.

The fourth track, ‘Mechanical Music Menace’, is just lovely. Before I start waxing lyrical about the track, decent name for it too. In my brief and embarrassing attempt at forming a band during my teenage years, as big a problem as the crap music we produced was the crap names we gave to our crap tracks. All these years down the line and the man can still give good names to good tracks that don’t even have a lyric to shortcut you to the good name. Hats off to the man.

This track is also cheesy in a good way. You imagine a four ­piece band playing live in a fish tank, then you imagine Radioactive Man giving them a thoughtful but dismissive look as he gets the synth playing over the top and some raver youth picking up the fish tank and having a stonking dance. Then layer after layer it gets better and better and you wish eating some pills in your living room on a Sunday afternoon was still a good idea. Alas no, but at least my choice of abode these days is well enough insulated that I didn’t monumentally piss my neighbours off when I treated this tune to some full­on HIFI gusto.

The bonus track, ‘Hideout’, leaves off where the last listed track left us. Bloody lovely of him to remind me of the epic Brighton techno nights of the same name (long gone unfortunately, in case you were wondering). Starts off with some clickety click Casio sounding drums, then you get a lovely synth noise which gets you doing that sort of nodding pouty dance that you stop doing when someone looks at you. Then once again, layer by layer, better by better, it ends up being so damned satisfying.

None of the reviewing coalition who donated their opinions to this can remember if these last two tunes were played at Power Lunches. But we hope they were, and these are just the reasons that good people like Wang and Bloc (yeah, 2012, I know, good people can do the odd shambles) wouldn’t ever have a line­up without him, and why fans of this type of thing have never really understood how it didn’t become more popular. Dance floor bangers where everything’s in its right place.

The Knife - Shaken Up Versions 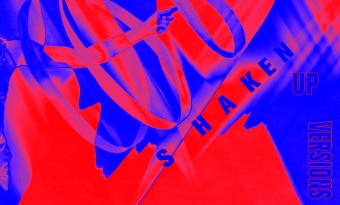 The Knife's final(?) release compiles reworked tracks from their farewell tour, and provides the dancefloor delights many wanted in the first place...
Read More