James “Ghost Culture” Greenwood’s first release for Erol Alkan’s Phantasy label, the acid-drenched Mouth EP, had us absolutely champing at the bit for more. So much so that we accidentally chewed through the bit and started gnawing at our own bleeding gums. Luckily for our dentists, he recently dropped new single ‘Giudecca’ (and now this accompanying video), which should keep our few remaining teeth from falling out for now.

Taking that trademark 303 sound into more synth-pop territory, the track, named after a Venetian island, slightly recalls the chilly eighties songcraft of New Order or Depeche Mode. However, that frosty frontispiece actually opens into something significantly more akin to its Mediterranean namesake. The bass is rubbery, the melodies are resolutely major, and the lyrics, which initially only stand out thanks to a line about being “bathed in shit”, end up betraying a euphoric abandon: “I’m laughing at everything / Let it go, leave it be”.

The accompanying Lewis Lloyd-directed video nails this dichotomy nicely. Beginning with what looks like the most psychedelic extractor fan ever, a forebodingly dark studio ends up being brightened by a series of more colourful objects emerging through the murk. A series of shots also show blurry projections of flowers and sunsets. Needless to say, natural scenes viewed through the distorting filter of technology is a pretty fitting metaphor for Greenwood’s songs.

The super-bleepy finish is not the only thing that sounds reminiscent of Phantasy labelmate Daniel Avery’s Drone Logic album, and it turns out that Greenwood worked as a studio engineer on that very album. Judging by the quality of his first two singles, Greenwood may end up even surpassing that recent electronic benchmark. We look forward to finding out…

Tom Levin - Pull Yourself Together 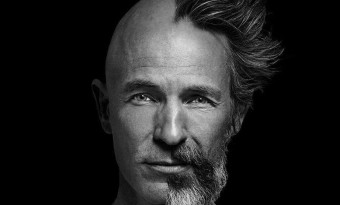 Swedish songwriter Tom Levin takes on the worst Russian drivers the internet has to offer, in this hilarious (and somewhat terrifying) video...
Read More