Psy Ceiling and Dan Demon are identical twins who hail from Richmond, North Yorkshire. Along with producer Beat Demon, Psy and Dan have been doing the rounds as Ceiling Demons.

Psy and Dan made the move from acoustic stoner fare to rap in 2012, when they dropped their eponymous first EP. The Ceiling Demons EP spawned the mighty fine single ‘Lord I Must Be Strong Now’, and it’s probably the only hip-hop record you’ll ever hear featuring a Pete Postlethwaite sample. Last year the brothers hooked up with Beat Demon, releasing their excellent debut LP Dual Sides. 2014 has been a manic year for the North Yorkshire trio, who dropped the ‘Amputated’ single and squeezed in plenty of gigs including support slots with Young Fathers and De La Soul. They don’t half get about.

The boys have been making a name for themselves as one of the most interesting alternative hip-hop groups in the country, dishing out humble and intelligent Yorkshire rap to search your soul to. While the lyrical and thematic content of so much British rap relies on clichés surrounding nihilism and violence, The Demons’ subject matter is dark, introspective and honest. Rather than glorifying intoxication, Ceiling Demons offer a helping hand to those struggling with addiction and mental illness, aiming to inspire their listeners to break those clouds.

‘Every Step (Follow The Lights Remix)’ is a great first taste for those who are yet to sink their teeth into Ceiling Demons’ nifty and genuine alternative hip-hop. All the proceeds taken from the single go to C.A.L.M. (Campaign Against Living Miserably), a charity dedicated to suicide prevention in young males.

Hats off to Chapelier Fou - the violinist taking us through the looking glass... 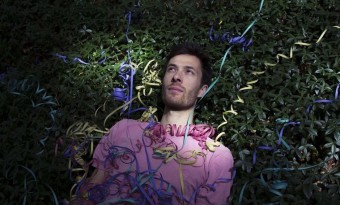 Every once in a while a musician comes along who reminds you why sonic combinations make life worth living, and Chapelier Fou is that musician, says Zoe Cormier...
Read More