Lily Allen has enjoyed a fairly eventful return to the world of pop recently, and one that could be safely termed a mixed bag. On the plus side, she swooped back with an instant number one (which also soundtracked this year’s inescapable John Lewis Christmas ad), and followed that up with the show-stopping, Robin Thicke-baiting video for ‘Hard Out Here’. On the minus side, that number one was a somewhat mawkish Keane cover, and the ‘Hard Out Here’ video also attracted criticism from some quarters for being clumsily naive in terms of its attitude to race and feminism.

However, there’s no way anyone will criticise her decision to appear alongside artists like Evan Dando, Alice Temple and Ruby Friedman on a tribute album to singer-songwriter Tarka Cordell, who committed suicide in 2008. Proceeds raised by the album will go to one of our favourite charities, CALM (Campaign Against Living Miserably), which works to highlight awareness of how suicide is the leading cause of death among young men aged 15-34, as well as the equally worthy Jeevika Trust, which campaigns against poverty in India.

You can hear the first track to be released from the album, ‘Girls Keith’ by Scoundrels & Dirty Gentlemen, below (and you can order it here). The album is released on February 10. 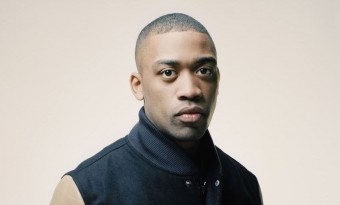 Plus, the scandal of bands paying for reviews and end of year chart placings, and a welcome kick in the knackers for Thicke...
Read More