While the debate about royalties from streaming services rages on, an increasing amount of artists seem to be saying bollocks to the whole thing and just giving away their music for free. In the last week we’ve featured free downloads from artists as diverse as Hominidæ and Bleach Blood, and with UK hip-hop duo A.F.Q.B, aka rapper Illaman and Monitors fave The Last Skeptik, releasing their debut EP at the price that everyone likes, you’d be forgiven for wondering whether you’ll ever have to shell out for new music ever again (n.b. don’t stop paying for music, kids).

“Got ten pound in my pocket and I swear it’ll last till Christmas,” assures Illaman on opening track ‘The Beneathiverse’, revealing a thriftiness that might explain how they can afford to give away such a potent EP. Although given the propensity for danger-wanks he admits to later, he may need more than a tenner to fight potential future indecency cases.

For now, the only criminal act going on here has been committed by you if you haven’t pressed play already. From the bolshy ‘See Me When I’m Drunk’ to the twisted recklessness of ‘Ugh Yea’, everything that’s good about UK hip-hop is here – quality beats, raw humour, unbridled creativity and the odd bizarre reference (such as the one to Crystal Palace defender Scott Dann). And the name? It stands for ‘A Few Quiet Beers’, with the EP dedicated to “everyone who ever went out for a few quiet beers, and woke up naked in a zoo. Covered in HP sauce. With one kidney”.

So that’s all of us then. Get involved. 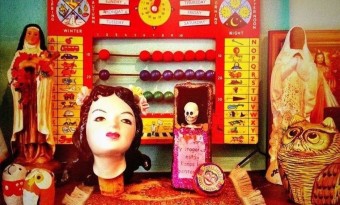