When Real Estate walked on stage at Shepherd’s Bush last week, it was the musical equivalent of the classic first date scene in a chick flick. She’s a megababe, he’s a bespectacled geek with acne, how could it possibly work? But you know underneath he’s super adorbs and actually a Hollywood A-lister, so you deal with the next 90 minutes of severely lacking social skills until the glasses are taken off and you can bask in the glory of Ashton Gosling Prince Jnr.

Frontman Martin Courtney & co. mastered the art of awkward last Wednesday. Avoiding all eye contact, they scrambled nervously for something to say, settling on vacuous comments about the ‘beautiful venue’. At one point they asked us to dance; the words ‘lead’ and ‘balloon’ spring to mind. Gaps between songs were mostly filled with aimless half ditties and drum fills before they shrugged their way into the next song.

But when that next song started, when the proverbial geeky glasses were removed (whilst the actual geeky glasses stayed firmly put), the beauty was undeniable. Listening to recordings, I’ve always found it difficult to picture Real Estate’s interwoven harmonies separated out into five independent musicians. On stage, it is a joy to witness the crafting of one of the most distinctive sounds around today. Matt Mondanile’s guitar-picking is hypnotic, and his dreamy smile would rival any silver screen heartthrob. I’m also pleased to announce that bassist Alex Bleeker has lost the ridiculous hipster beard, revealing a smiley smiley face beneath that balanced out Courtney’s somewhat static efforts as a frontman.

A common criticism of Real Estate is the overly even sound of their output; amid the rosy haze of muted guitars and lazy lyrics it can be difficult to distinguish one five minutes from the next. This doesn’t make for a monotonous live show though; all it means is that on hearing the melt-in-the-mouth opening of each new song you find yourself proclaiming ‘Awwww this one! My favourite!’ without ever really knowing which one it is. Pleasingly, this involuntary gushing feeling applied just as much to the band’s new material as the superb Days album.

The encore was one of the more memorable I’ve seen. Bizarrely, each band member began by downing a Smirnoff Ice as a ‘Happy Birthday’ gesture to one of the support band. At this point things unmistakeably picked up a gear. I was chuffed to hear ‘Past Lives’ as the first of the final trio of songs, my personal favourite from Atlas and so befitting of a pensive autumnal evening. The more loutish amongst the audience (in the grand scheme of things, not really that loutish) then got what they wanted with Spotify chart topper ‘Beach Comber’. But it would seem the effects of the alcopops really kicked in for the closing song, the unlikely choice of ‘Kinderblumen’, where Mondanile’s improvisations were up there with the most captivating musical spectacles I’ve seen this year.

Real Estate live has the comforting predictability of a Hollywood chick flick – albeit one that’s ‘okay to like’. There is no strong violence, no frequent foul language, no mild peril. The standard complication came when Courtney briefly forgot the words to ‘Younger than Yesterday’, but after that we were always on the home straight to a Happily Ever After. And in this world of U2 iTunes violation and Nicki Minaj Nazism, I think a fairytale ending might be just what we all needed.

The Knife bow out at Brixton Academy 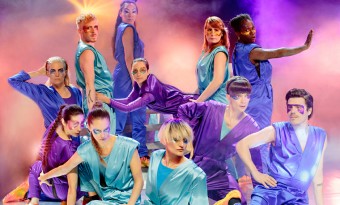 Is this really goodbye from The Knife? If so, they couldn't have shaken out a better send-off than they did at Brixton Academy last night...
Read More