I’ve never been a fan of double albums. To me they always smack of a self-indulgence, or at least a lack of quality control. Of course, there is a quiver full of ‘classic albums’ that people always fire your way when you express this opinion – The White Album, London Calling and Mellon Collie & The Infinite Sadness being three common ones. Sure, I have time for those albums to varying degrees, but is there seriously no fat that could be easily lopped off? The Clash’s ‘Lover’s Rock’ is as plodding and insipid as the form of reggae it takes its name from, while anyone with ears should ignore the pleading title of The Beatles’ excruciating ‘Don’t Pass Me By’.

None of those albums bear relevance to the music being reviewed here though. Instead, the point is that while Dead Fader (aka John Cohen, without former musical partner Barry Prendergast) has released two discs this week, for several reasons they don’t have any of the hallmarks embedded on the bloated flesh of the double-album format. For a start, they’re two separate records; the woozily hypnotic Blood Forest and the decibel-scattering blast of Scorched. To emphasise this, the former is being released by the reliably excellent Robot Elephant, while the latter is out on DJ Scotch Egg-related imprint Small But Hard. And while the temptation is still there to treat them as two parts of one whole, the differences are stark enough for that temptation to be ignored.

However, my initial plan to have someone better versed in noise than myself to review Scorched separately was scotched by no one being available. So despite being separate entities (albeit sharing stunning, Moebius-esque artwork courtesy of Simon Fowler, one of Small But Hard’s co-founders) they’re going to be reviewed together, right here. Sorry about that.

Blood Forest is the more accessible of the two (indeed, the most accessible Dead Fader work to date), although it’s still comfortably weird enough to subtly freak out your co-workers if played at an insidious volume. Boards of Canada provide the most obvious reference point, with the record frequently ridden with their trademark tremulous pitch-shifting, while a range of deliciously haunting, subtly twisted melodies lurk round every corner.

After the sparkling ‘Emclod’ kicks things off with the occasional spurt of bassy fanfare, ‘In Cover’ takes over in gorgeous fashion. Mournfully psychedelic, the melody hits you in the heart just as the queasily lysergic synths unsettle your stomach – a potent double-punch. Pummelling Clark-style heart murmurs arrive halfway through, before the percussion drops out completely and a new melody sweeps in, sounding like a faded, warped remnant from an old black-and-white Hollywood romance. It’s a trip, quite frankly, and the standard remains high on the frantic, fractured ‘Neet Swim’ and the distant, spectral ‘Drown’.

‘Tenblum’ is another trip. If we sent a bunch of She’kspere and Timbaland’s R&B productions into space, this sounds like what aliens might return to us many lightyears later. There’s been a glut of young R&B-influenced producers in the UK recently, and their efforts are often talked about as if they’re taking that music into interesting new directions, neglecting to mention that those directions often lead to weedy, sexless environments that pretty much suck every bit of enjoyment from the form. In contrast, this genuinely takes elements of that sound somewhere else entirely. Nowhere sexier to be fair, depending on your personal perversions, but definitely somewhere more interesting.

Elsewhere, ‘Lousey’ feasts on a delectable Sci-Fi dub rhythm, ‘If Ever’ feels like a John Carpenter soundtrack that’s starting to melt around the edges, and the title track has an almost Lovecraftian feel, synths squirming around each other like slimy tendrils, while morbid chords undulate in the background. Your enjoyment may lapse at points – ‘Left – Right’ feels a touch too tentative to me, while the bleepy intro to ‘Dettol’ is like having a thousand insects impregnate your brain – it’s unlikely you’ll swerve off the path by the end, where the streaked, sodden ‘Siege’ provides a suitably lugubrious close to the album.

If I have one complaint, it’s that there’s no space for the lush ‘Altar Ego’, a b-side from the 12″ release of ‘In Cover’. An unending, uneven staircase winding it’s way around a crisp hip-hop beat, if you purchase Blood Forest I thoroughly recommend grabbing that too. 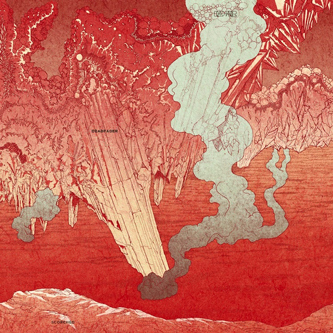 Onto Scorched, and the high-pitched scree of ‘Creeeeep’ politely (well, not that politely) lets you know that we’re now in very different territory. Soon joined by a beat that sounds like a serial killer struggling to get their chainsaw going in time for a jolly afternoon’s butchering, the end result is actually surprisingly groovy. It reminds me a little of hearing Italian noise enthusiasts OvO’s Abisso album last year – an initial “aaagh! What the fuck is this!” swiftly supplanted by a “mmmm! What the fuck is this”.

If there’s a problem, it’s that several tracks don’t match it for intensity. ‘1000 Test’ is spooky, but in an obvious and slightly irritating way, like that berk who creeps around in ghost trains grabbing ‘unsuspecting’ riders. ‘Dusk’ is more successful thanks to a starker, ‘less-is-more’ aesthetic, which is torn right through by another ear-splitting chainsaw moment (we currently have a building site next to our office, and I genuinely had to pause the track the first time to check it wasn’t someone drilling into a concrete wall. And on one subsequent listen too, if I’m totally honest).

Things take a quieter turn with the wraithlike sighs of ‘Danger Zone’ (which feels like an even ghostlier echo of Blood Forest‘s ‘Drown’) and the now-creepy, now-crunching vibes of ‘Tubed’, a track that seems to get crushed to death at its denouement. The pulverising rhythms of ‘Ja’ then crumble into the maniacal sonic penetration of ‘Crampsies’. I remember inflicting Aphex Twin’s ‘Ventolin (Video Version)’ on an unsuspecting (and fearsomely hungover) pal once, which he described as a form of audio torture so severe it shouldn’t be allowed. I imagine he’d have had a similarly draconian response to this, although there is an undeniable thrill to its enthusiastic violence.

‘Town’ is perhaps the most accessible of the Scorched tracks, with cheap, discordant keyboard stabs creating a particularly ugly sense of fun. The description of bass as ‘growling’ is perhaps overused, but the depth and ferocity of the bass that emerges halfway through has a genuine animal quality to it – needless to say, not the sort of animal you’d care to meet armed with anything less than a flame thrower.

The title track closes proceedings, and is as coldly inhuman as ‘Town’ is blood-drippingly lupine, a robotic death march accompanied by banshee-like sirens. If you can imagine the temporal territory that lies between the 4-minute warning and the 2-minute hate, it’s the 3 minutes 21 seconds of ‘Scorched’. And with that, Dead Fader signs off. Probably in blood.

So there you have it. Blood Forest and Scorched aren’t sides of a double album that offer too much of too similar material. Instead they provide contrasting, yet occasionally complementary, perspectives of their creator’s febrile musical mind. While I’d stop some distance short of saying Dead Fader offers something for everyone – many miles short in fact – the fact that Blood Forest is more to my taste didn’t stop me finding much to enjoy in the Scorched realm too. Think of them perhaps as conjoined twins, one of them good, one of them evil, but with the latter’s poison subtly infecting the former. Just don’t think of them as a double album. They’re too good for that. 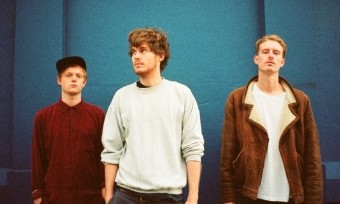